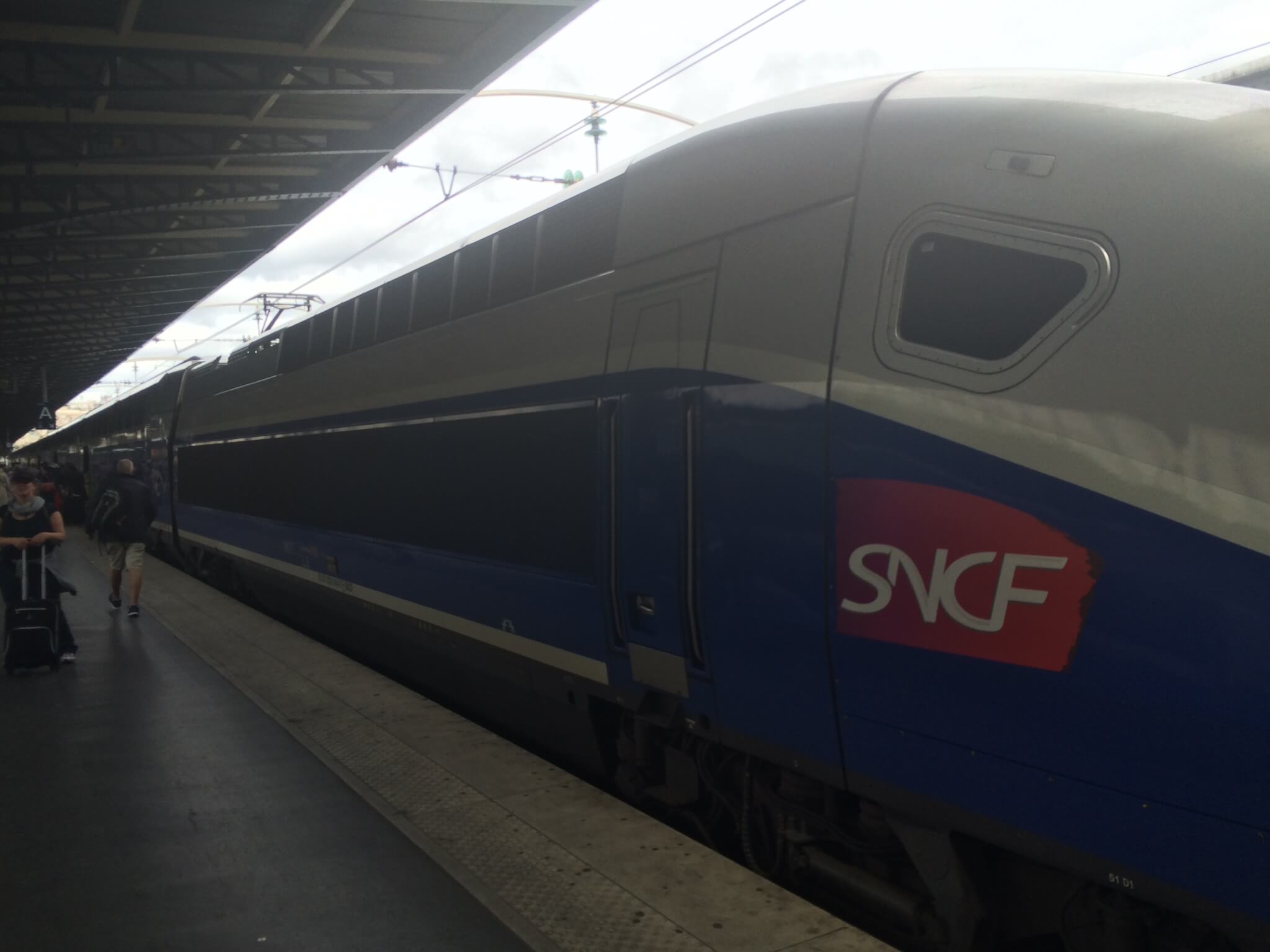 The TGV is a two-floor highspeed train of the French railway company SNCF running on the grande lignes in France. It also goes to Amsterdam, Frankfurt, Köln and München. It is on duty since 1981 and can go as fast as 320 km/h. The train à grande vitesse is comparable by quality with the German ICE. It has some special features like a nifty salon where four persons are sitting in a compartment faceing each other at a table. A classy kind of travelling!

But be aware that the trains in France close their doors two minutes prior to departure. If you forget this, you may have to wait for the next one. I had bad luck while using it: An earlier train on the same track had technical problems so that we were delayed too – and I missed my connection train in Karlsruhe, Germany. Sometimes I understand why people fly instead.