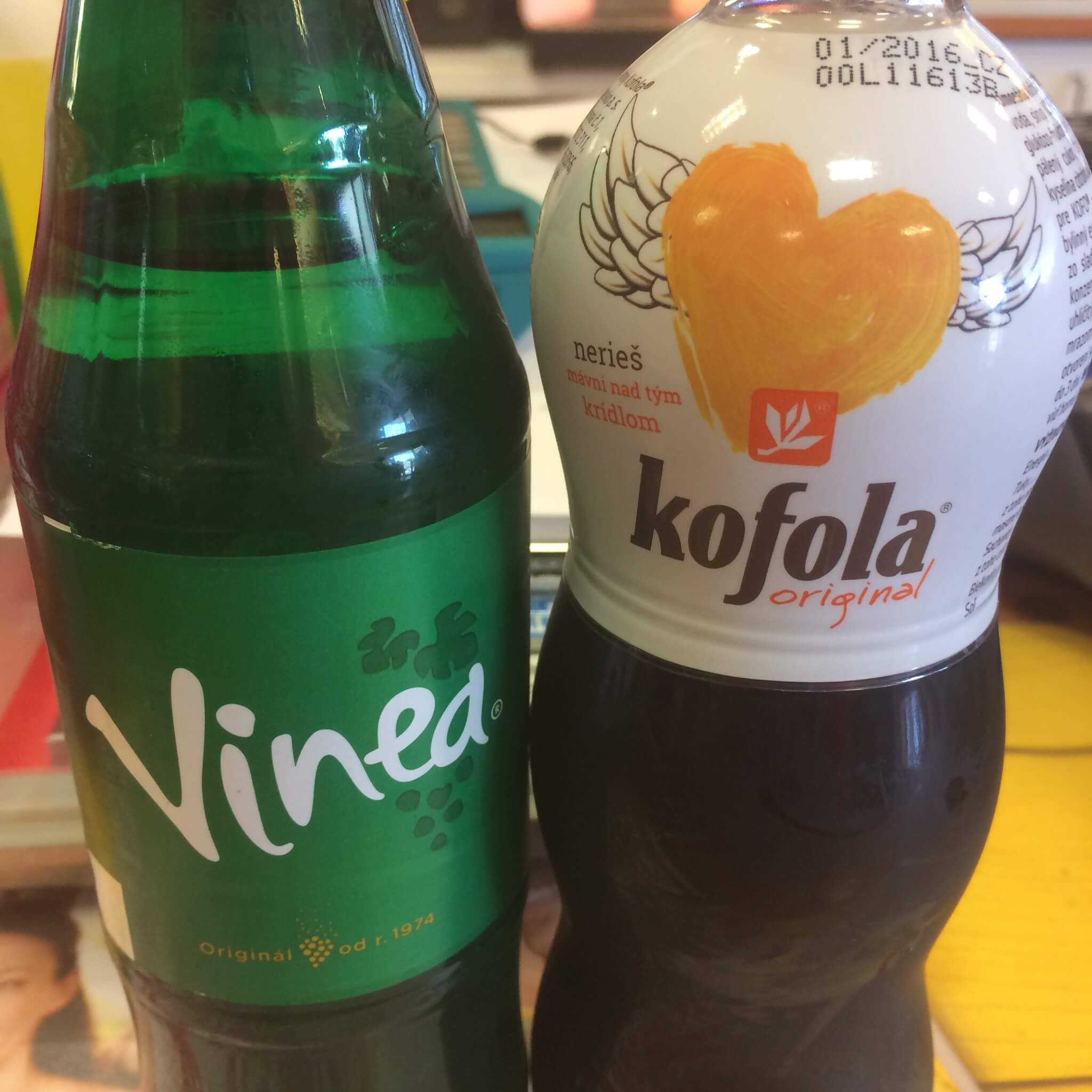 Everywhere in the world you seem to get the same soft drinks. But during the Cold war the situation was kind of different: in the communist and socialist world the cola from the United States wasn’t allowed. That’s why in different countries alternatives have spread. Most of them are nowadays unknown, but not Kofola.

In Czechoslowakia the local cola, Kofola, was very popular – and it is until today. It is 30 % less sweet than the American counterpart and it is quite tasty. I always thought Tucola (from Cuba) was my most favorite alternative, but this one is also good. You should in addition try Vinea, a traditional herb lemonade close to what the Austrians call “Almdudler”.