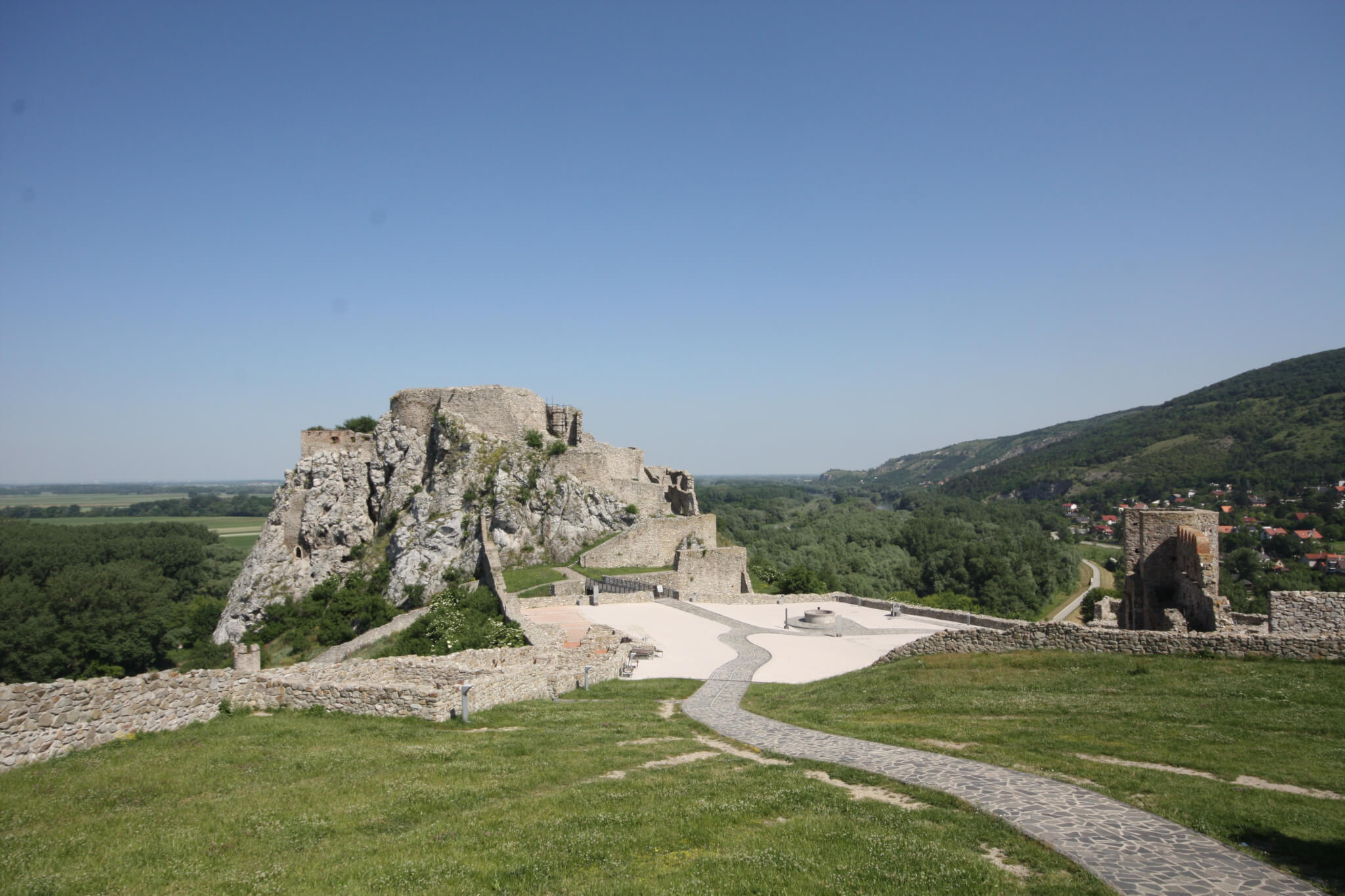 The castle of Devín (Theben) is some kind of national sanctuary to the Slovaks. It was the centre of power of the Great Moravian Empire, the first independent Slavian state. Today you can visit the remains of an old castle with a good touristic infrastructure.

Over the centuries, different people settled at this strategic location overseeing the Danube and the river Morava. It is the place where the Alps come close to the Carpathians and where ancient trading routes were meeting – especially the route for Amber.

You can stroll through the parks and visit the lower castle. The ruin has only been secured from 1973 on, in 2008 the upper castle had to be closed because of deterioration of the walls. From 2011 up to now the repair works have been stopped because of insufficient money. Doesn’t the European Union have funds for that?

One Reply to “Devínsky hrad”