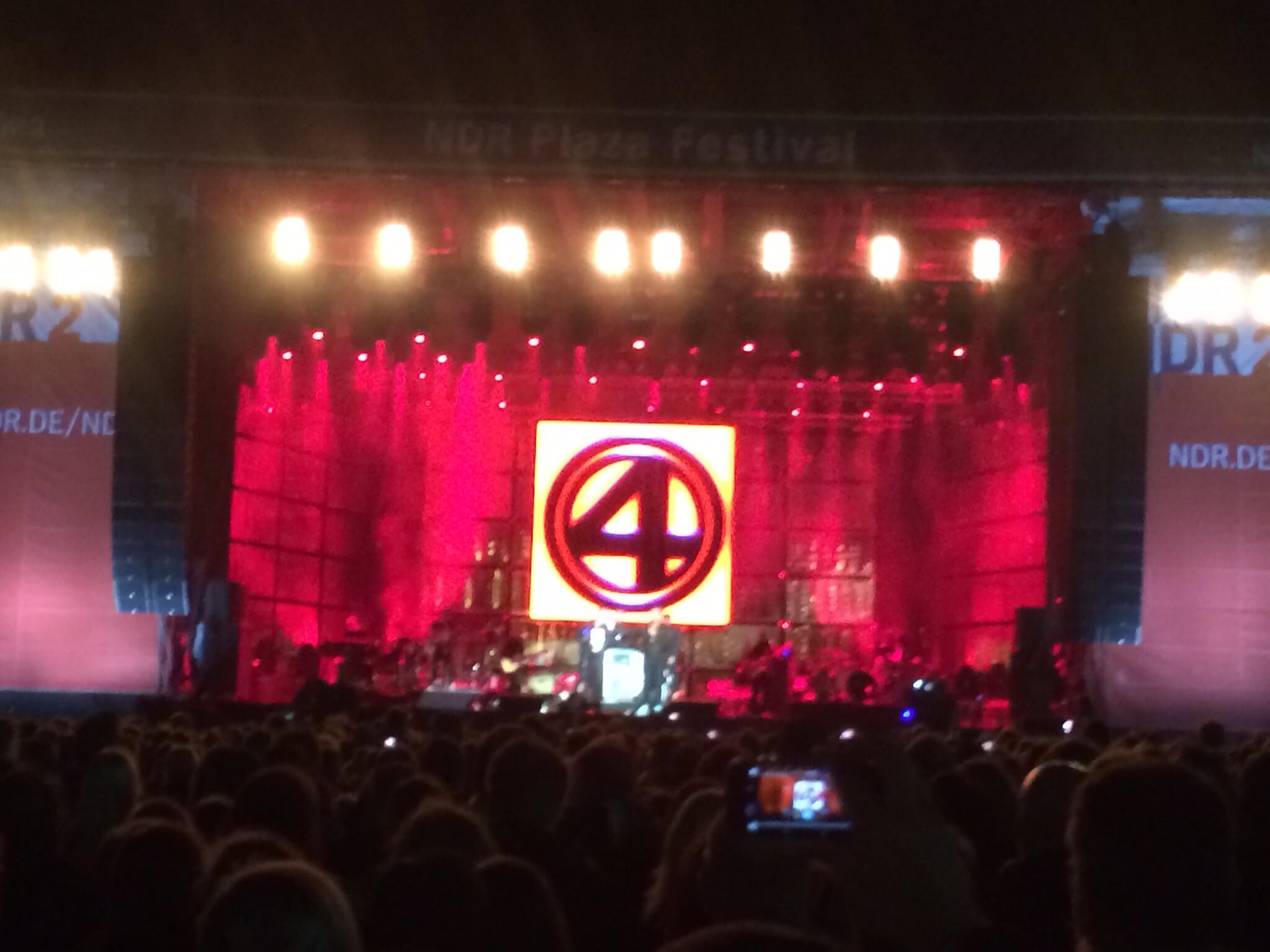 The Expo Plaza is the open space between TUI Arena (a concert hall and sports venue) and Deutscher Pavillion at the Expo park south east of Hannover. In the year 2000 the World Exhibition (EXPO 2000) took place here and nowadays the buildings and places are used for different purposes.

Once a year the Norddeutscher Rundfunk (a television and radio broadcasting company) uses the Expo Plaza for  a one day festival: starting in the early afternoon and ending around midnight, typically five well known artists play concerts at this square. In 2015 these were The Arkells, Olli Murs, Revolverheld, Jan Delay and Die Fantastischen Vier. A big party!

The Expo Plaza is far away from Hannover city center and much closer to the town of Laatzen in the south of Hannover. You can reach it by car, having the motorway close by, but much better you can get there by tramway. The Stadtbahn 6 and 16 run from Aegidientorplatz up to Expo Plaza and back again. After the festival endless numbers of tramways line up so this is the best way to get back easily.