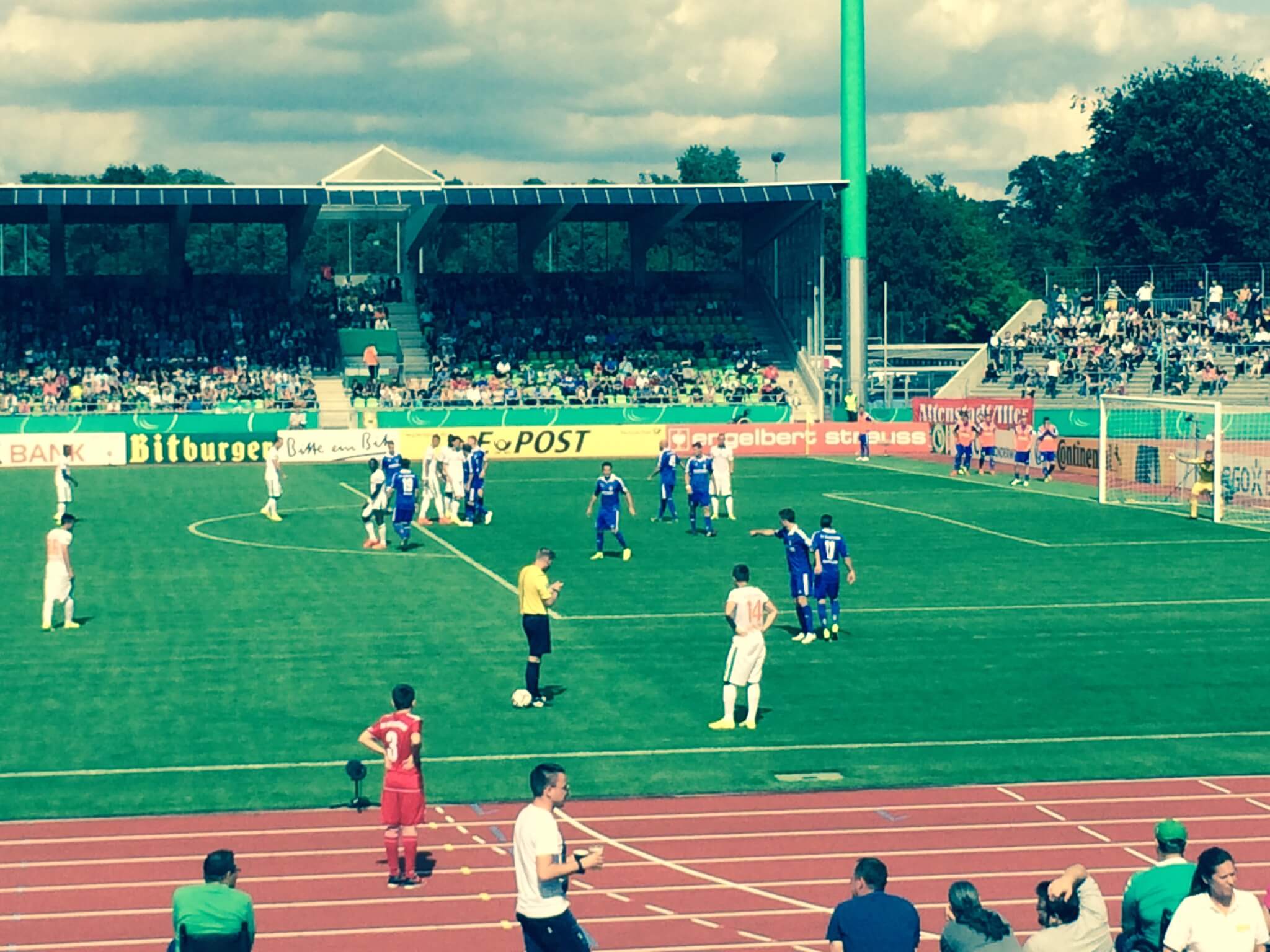 “The cup has its own rules”, we say when talking about the cup of the German football association (DFB-Pokal). In first round of 2014, my team had to play the Fussballverein Illertissen – an amateur team of the Regionalliga Bayern, located close to Ulm. As their own stadium was too small, they rented the Donaustadium, home to the SSV Ulm.

I did never ever expect to come here in my lifetime. The SSV Ulm was playing in the Bundesliga in 1999/2000 but afterwards went continously down to the Oberliga. The Donaustadium (named after the close-by Danube river, 19.500 seats) has the flair of the old times and is not even close to what a Bundesliga-like soccer stadium looks alike.

But being there was great, the people were friendly (I had to take a ticket for the home stands) and walking from the railway station to the stadium shows you the full beauty of this wonderful town.