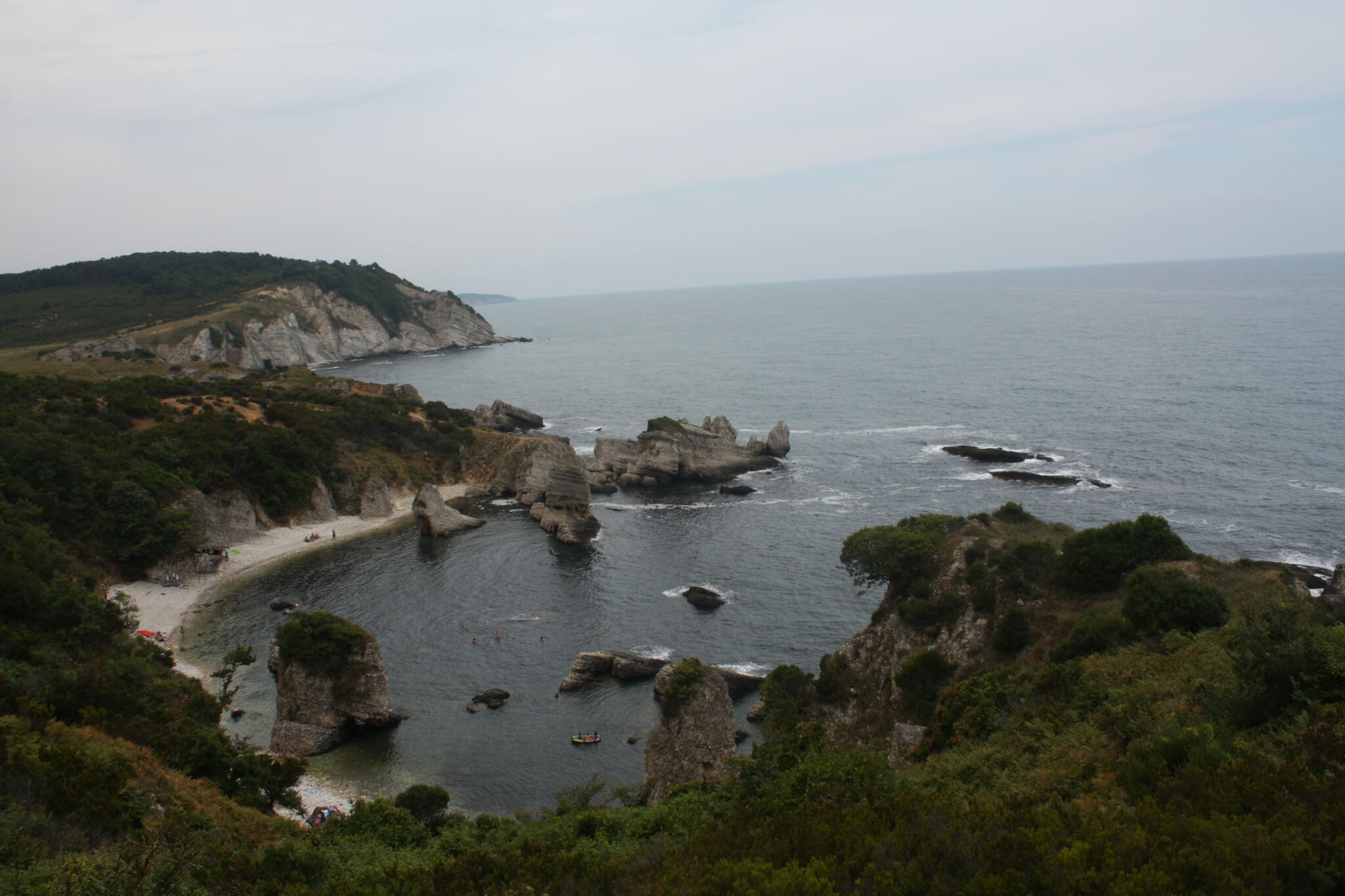 Surrounding Istanbul, Turkey there is a lot of water: not only the Bosphorus and the Golden Horn – but also the sea of Marmara (Marmara Denizi) in the south and the Black Sea (Karadeniz) in the north. While being so close I could not omit having a guided tour to the shore – visiting the lighthouse in Şile and having a bath at the rocky shore of this sea connecting Eastern Europe and Western Asia.

The Black Sea is 436.000 km² in size and surrounded by Romania, Bulgaria, Ukraine, Russia, Georgia – and Turkey. It also contains the Ukrainian half-peninsula Crimea where the Russian fleet has its base. Via the Bosphorus it is connected to the Aegean Sea and it receives most of its water from the rivers Danube, Dnieper and Don. When I was there I suspected that the name “Black Sea” comes from the oil at the shore; I had to throw away a towel because of that. This pollution of the environment is maybe simply caused by the many ships passing this region.

2 Replies to “Excursion to Karadeniz”