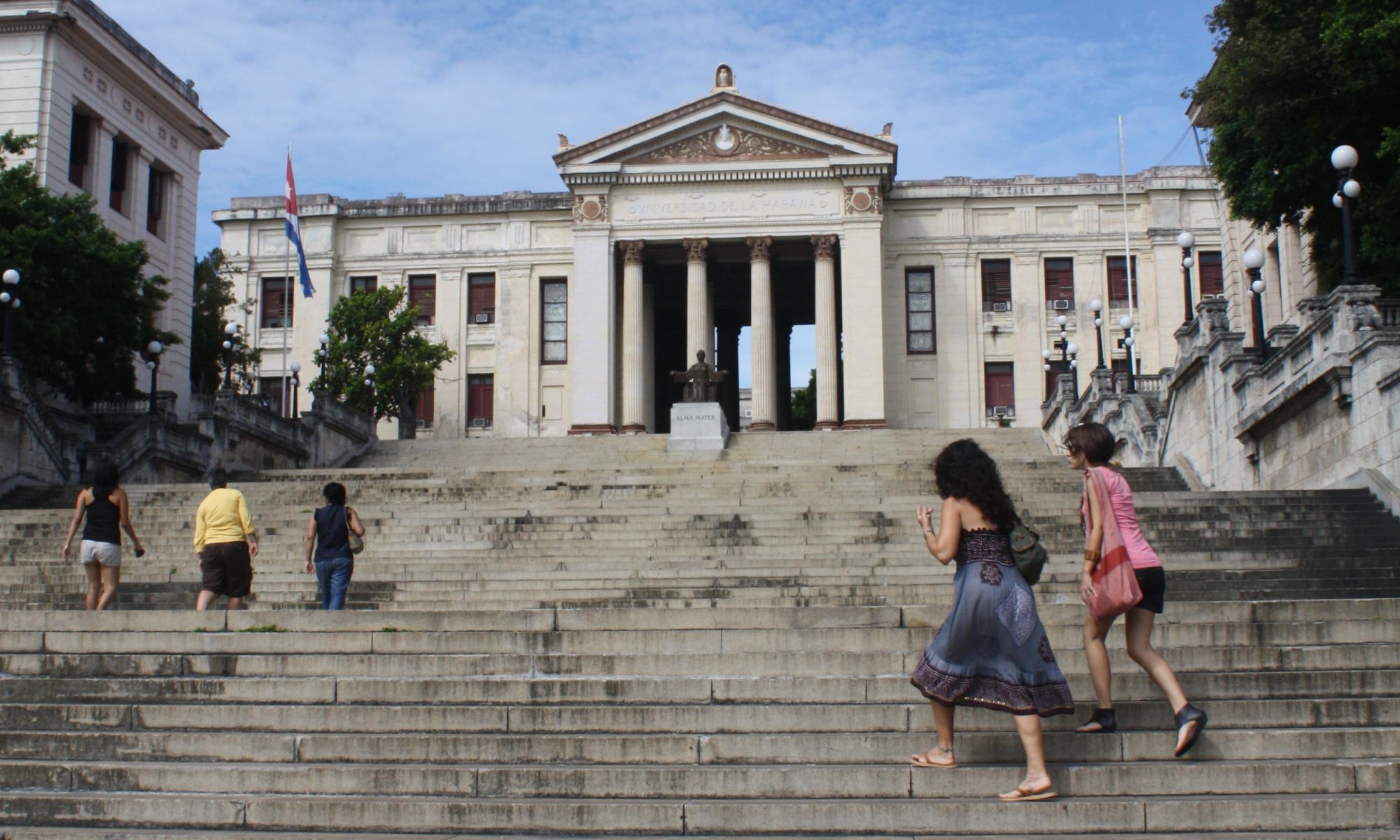 The university is located on a hill close to the city center. If you take the 88 steps up you’ll first see a statue of the Alma Mater and can then walk through the university buildings. In between there are nice yards with palms and of course – a tank from the Cuban revolution.