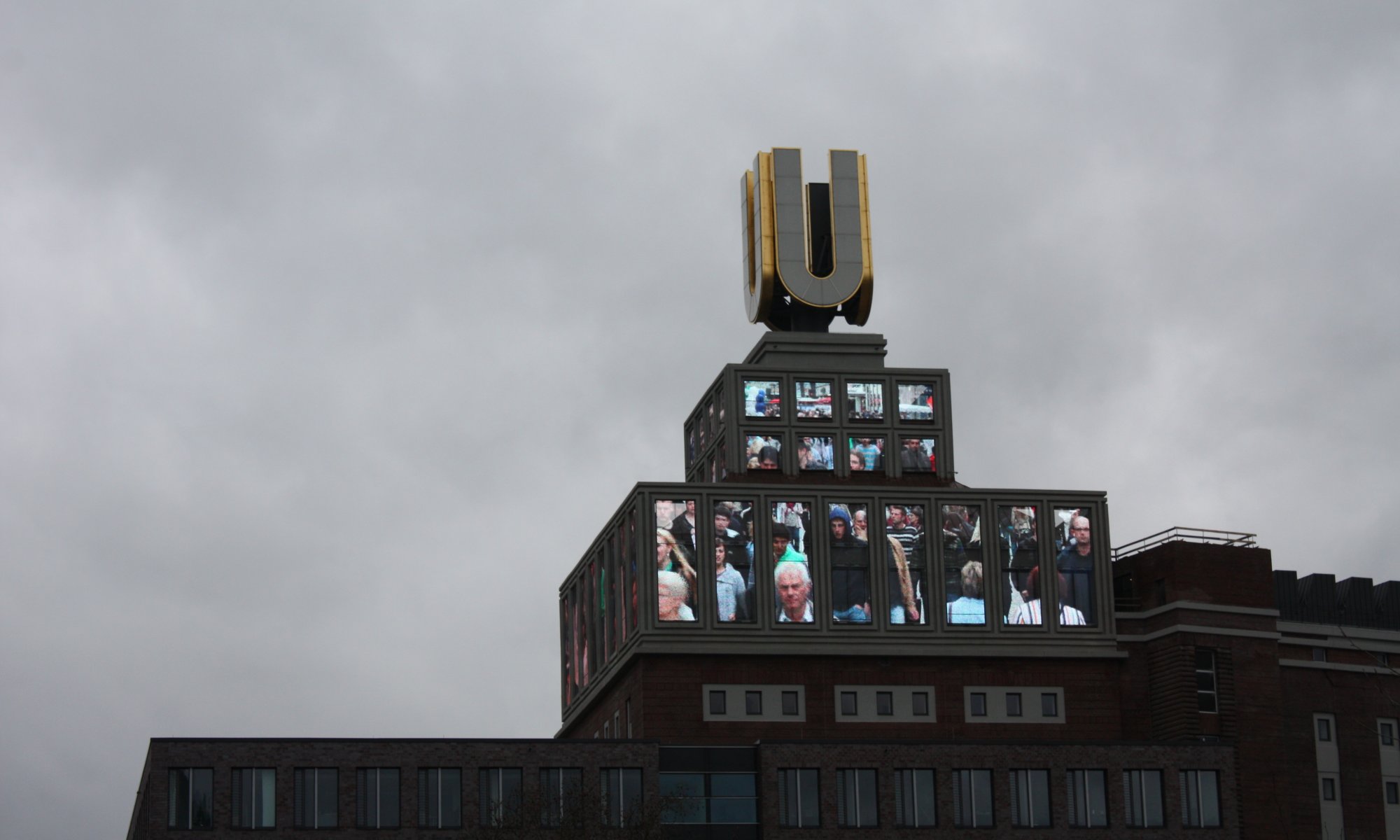 The Dortmunder U in Dortmund, Germany is a skyscraper used as a cultural center. It was built until 1927 as a cellar for the Dortmunder Union Brauerei. In 1994 the brewery moved out and the building was later bought by the city.

In 2008 the company sign on top – a giant, yellow “U” was repaired – it gave the tower its name “U-Turm“. The building then became the lighthouse project for the cultural capital of Europe project RUHR.2010. It now contains the Museum Ostwall.