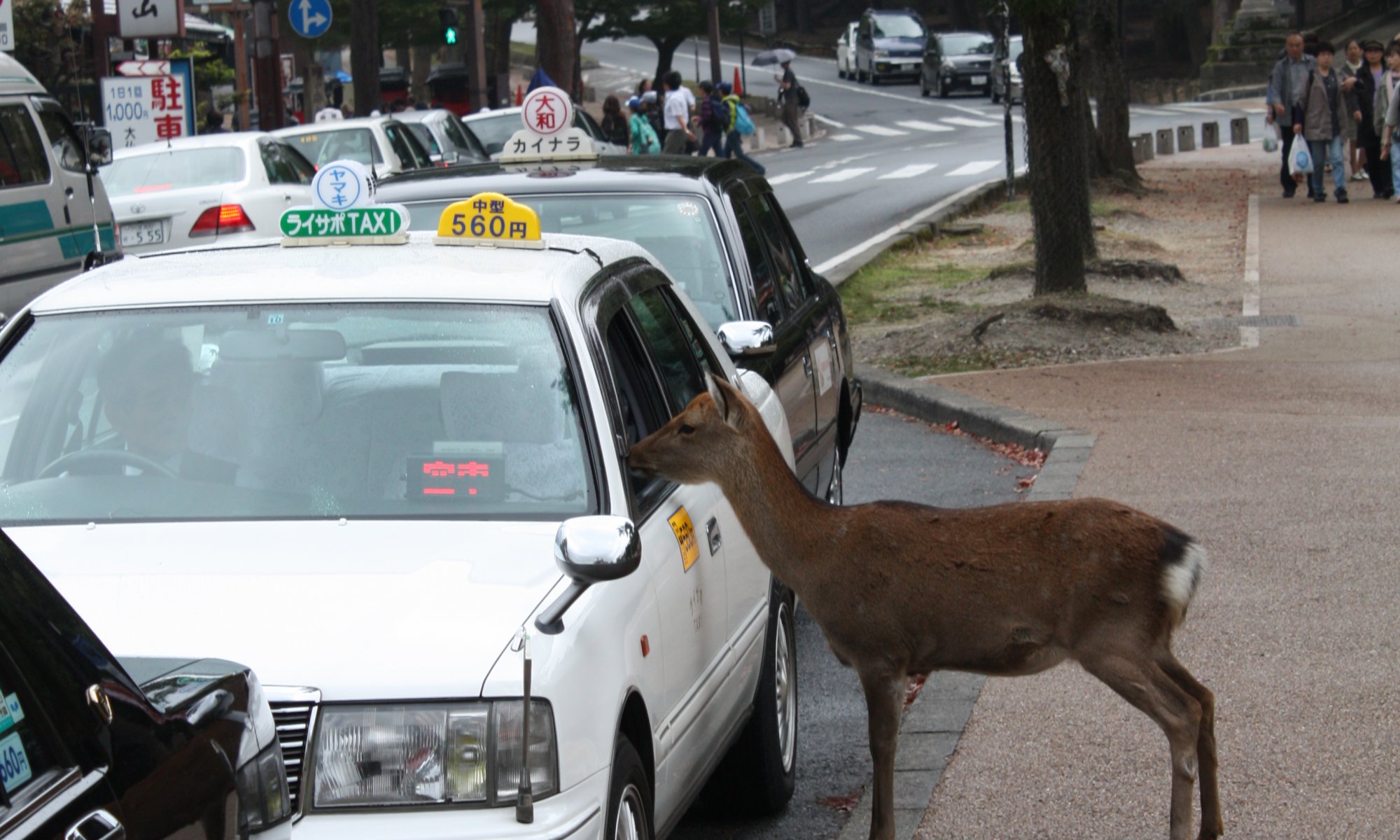 Japanese children learn to not talk to any stranger. This seems to be deeply engraved into Japanese culture and gives you the feeling of not being a foreigner, as nobody ever takes notice of you – even if you’re the only gaijin on the whole subway train. But it also doesn’t help you feel at home if nobody communicates with you.

I also experienced the opposite: while walking through the parks of Nara, Japan, I was stopped by a group of young pupils. They had the task to speak to foreigners and asked them some questions: where are you from? What are you doing in Japan? What is your favorite Japanese sweets? A communication that was quite uneasy, not only because of the fact that I don’t know any Japanese sweets by name – they didn’t know the words “Germany” or even “Deutschland“. So in the end they thought I was coming from … Jamaica. 😉