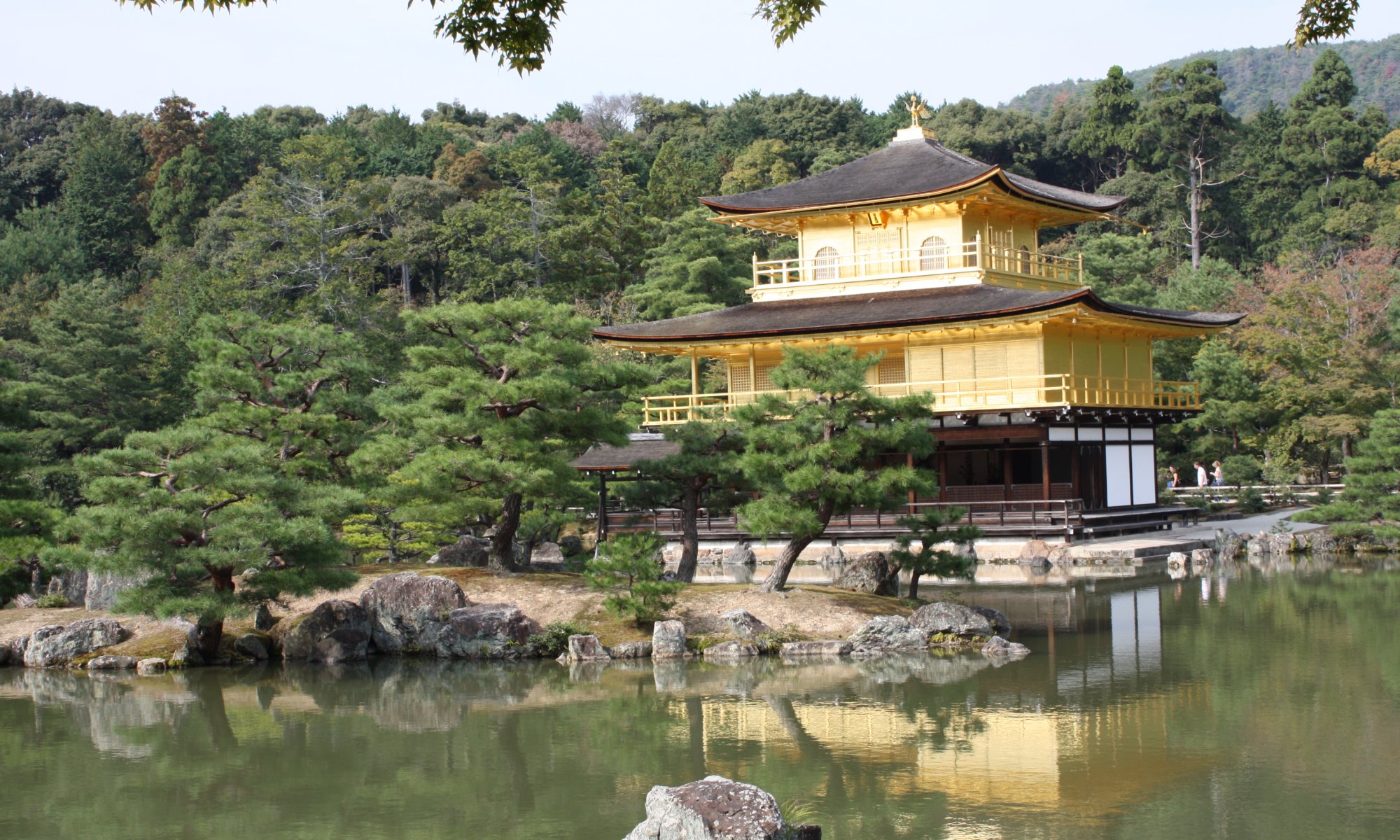 There is no information or advertisement about Kyōto, Japan without an image of Kinkaku-ji – the golden pavilion. It is a Buddhist temple officially named Rokuon-ji; but because of the upper levels of the relicts hall covered in gold it is most often named Kinkaku.

In 1394 Shōgun Yoshimitsu handed over his function to his son. As he was only 37 years old by that time he had sufficient time to built his retirement home. When the sunshine falls on the golden walls you can enjoy a very special atmosphere and it is understandable why so many tourists get here.

One Reply to “Kinkaku-ji”