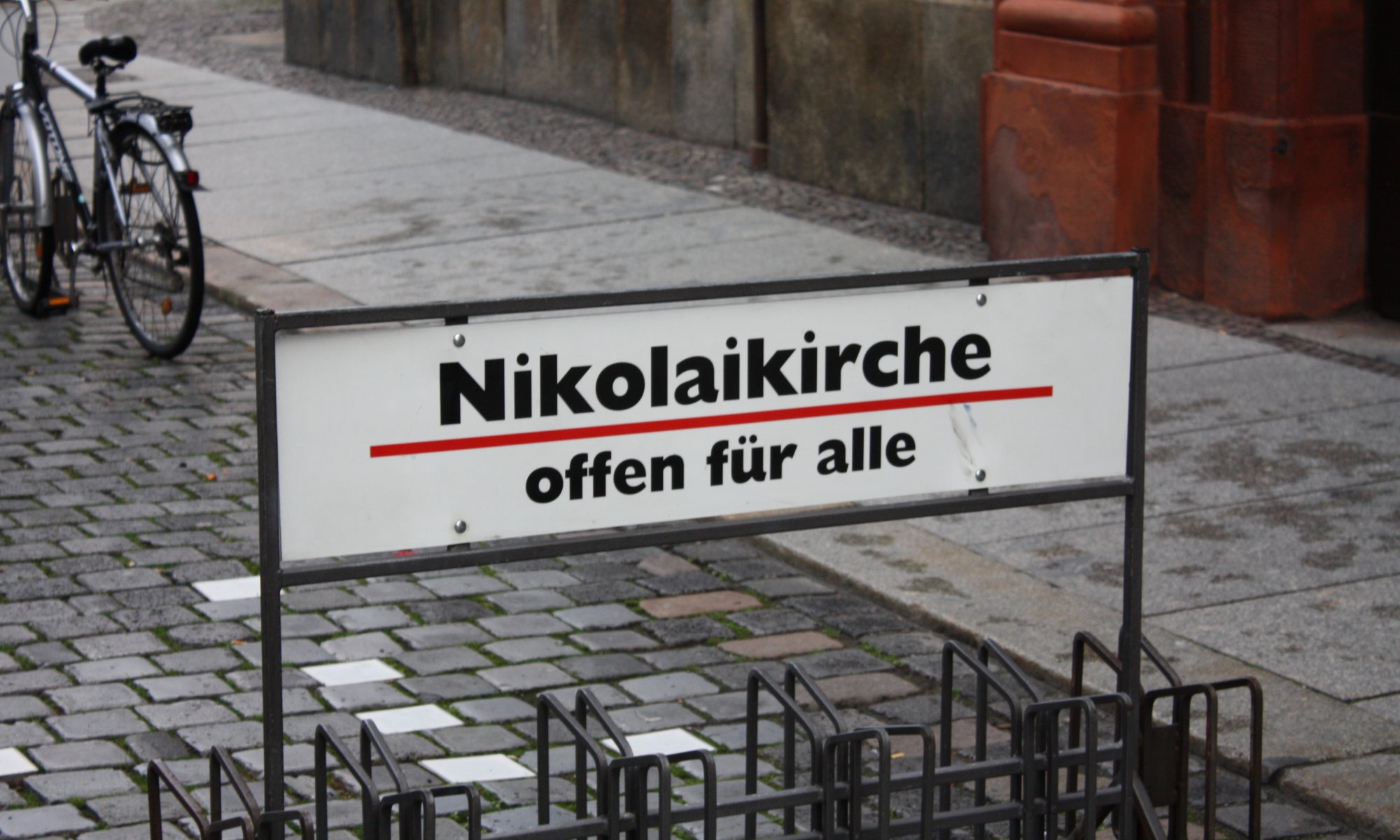 The Nikolaikirche is the biggest and oldest church in Leipzig, Germany. It was built from 1165 CE on and this place was the starting point of the peaceful revolution in Germany in 1989 – that is why it is known also outside Leipzig.

After prayer on Monday evening the so called Montagsdemonstrationen started – repeated marches through the city center demanding change from the government of the GDR. Sometimes more than 100000 people asked for democracy, free elections and the right to travel – and succeeded in the end.

2 Replies to “Heart of the revolution”