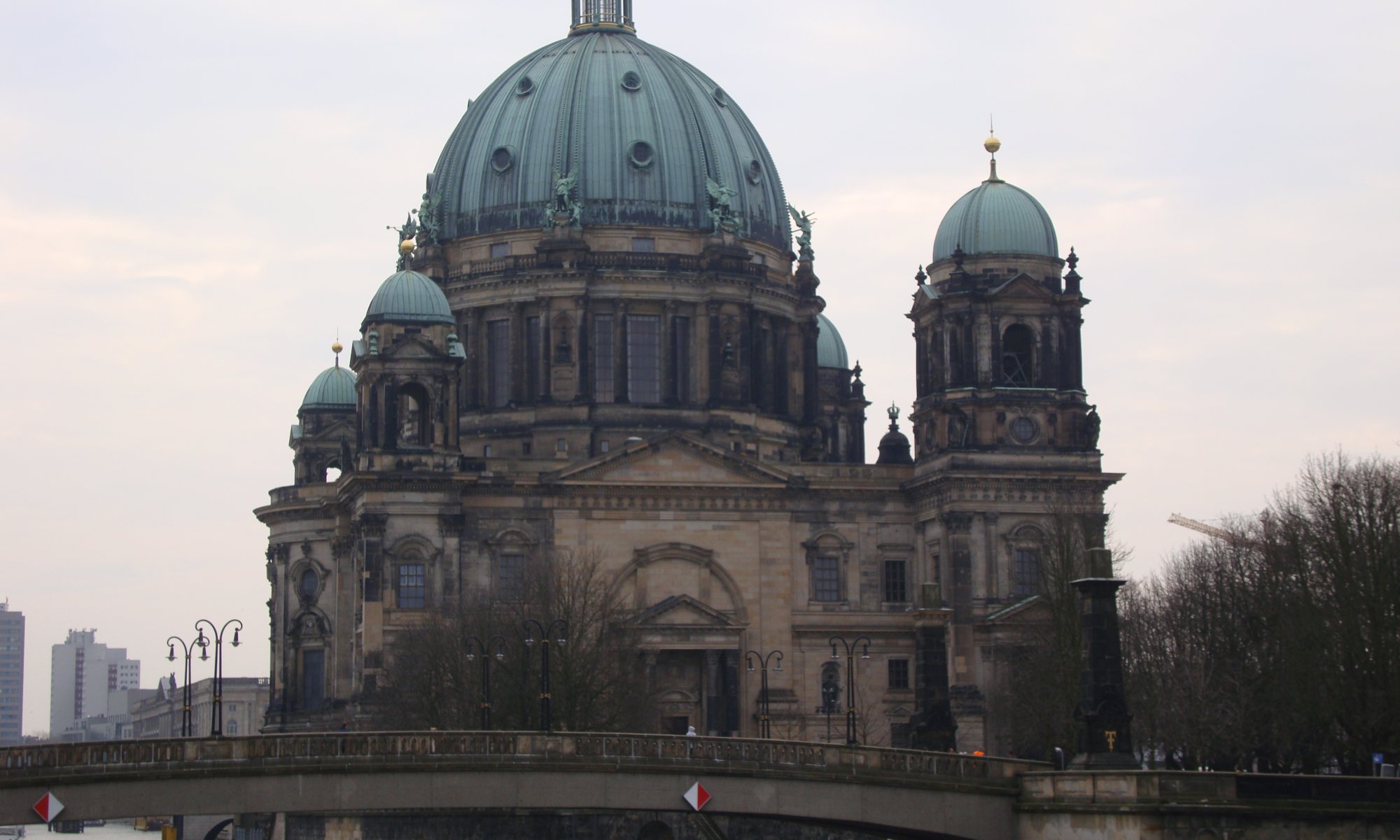 The Berliner Dom is a Protestant church located on an island in the river Spree in the heart of Berlin, Germany. It is the biggest church of the German capital and was built from 1894 in the style of Italian renaissance and baroque.

The cupola was once 114 meters high but by the restauration works after World War II it is now only 98 meters high. The former rulers of the state of Prussia are buried underneath.