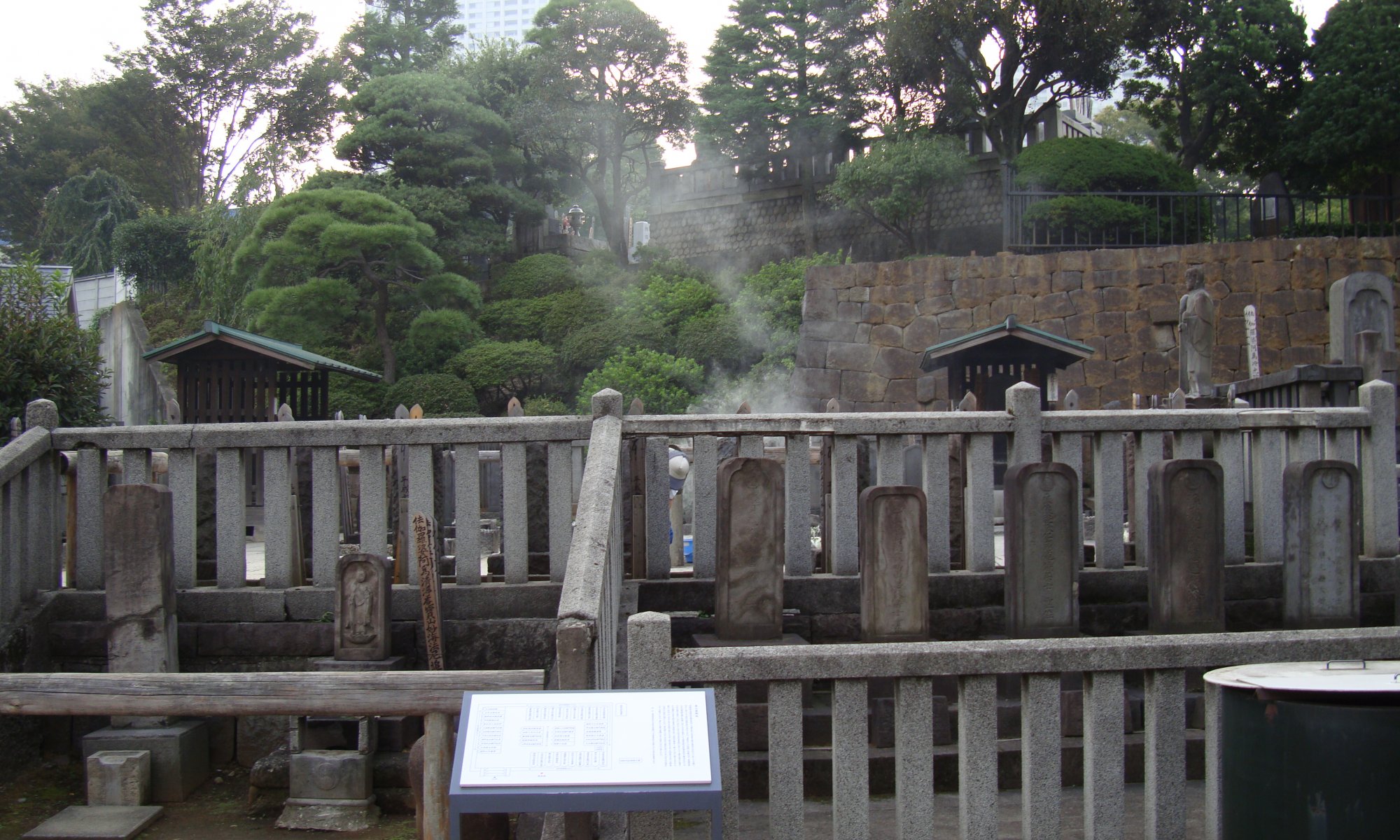 At the Sengaku-ji temple in Tōkyō, Japan you can find same graves that have a special meaning for the Japanese people. The story of the 47 rōnin (samurai without a patron) is a national myth every child in Japan learns.

In the year 1701 two Daimyō – Asano and Kamei – were called to Edo (today’s Tōkyō) to prepare a ceremony for a Tennō. The master of ceremony expected some bribe from Asano and Kamei, but only Kamei payed. That made him angry against Asano and he teased him until Asano took out his sword to attack Kamei.

Pulling out a sword at Edo was punished by death and Asano therefore prepared his ritual suicide (seppuku). His belongings were afterwards taken away and his samurai became honorless rōnin. They tried to take revenge but had no chance as Kamei knew what would happen.

But their loyalty couldn’t be broken – even though nobody was willing to hire rōnin. Two years they waited and as craftsmen they finally found a way into the home of Kamei. They killed him with the dagger of Asano and brought both to the grave of their former patron.

With this they followed the Bushidō – the traditional way of the warrior. But as this all was forbidden in Edo they knew they had to die. They gave all their money to a temple (for arranging their burial) and waited to be arrested.

They were granted a suicidal end (seppuku) and were buried next to the Sengaku-ji temple. It’s a famous story about neverending loyalty and is still of importance. Different films were created to tell this story.