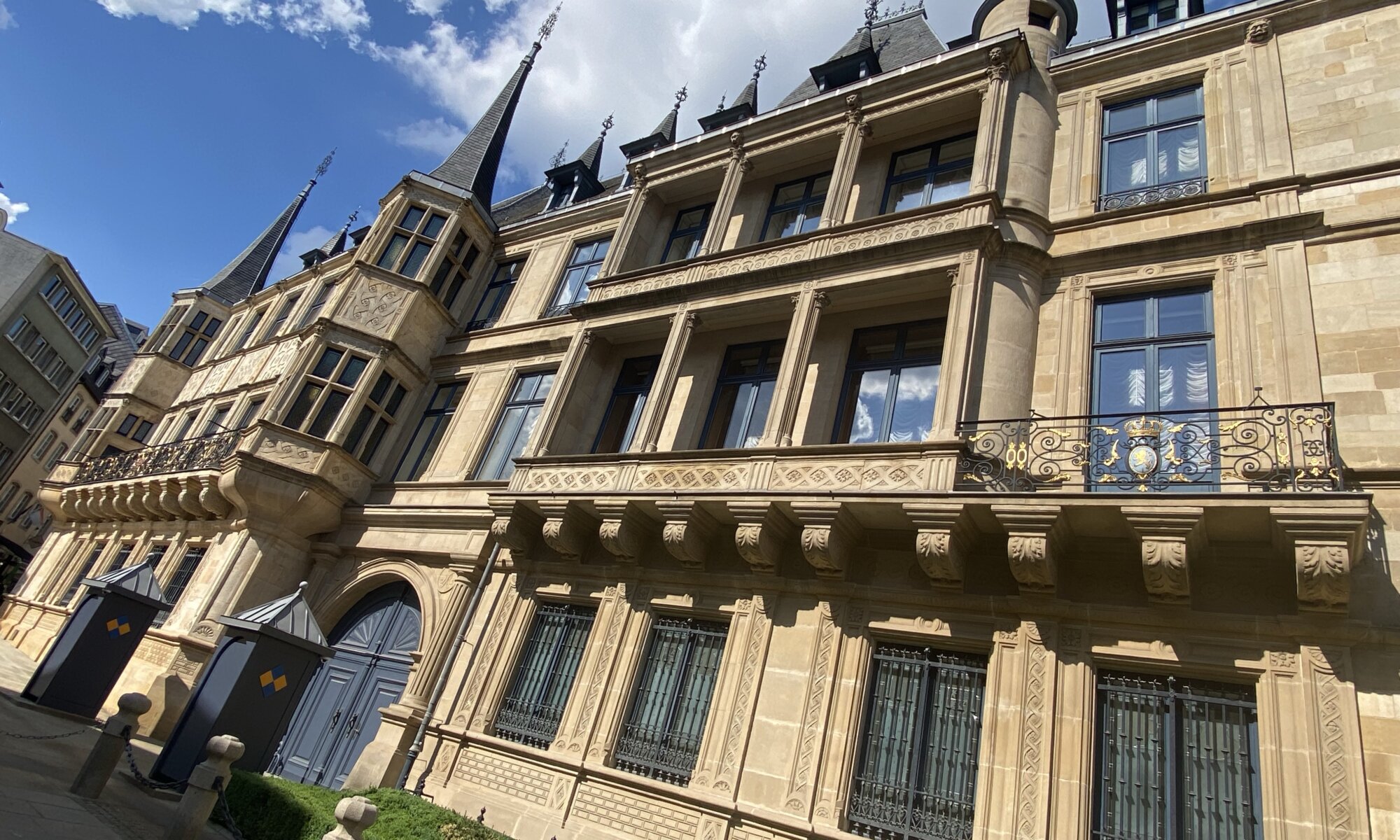 It’s maybe the most representative building of Lëtzebuerg: the Palais Grand-Ducal (or Groussherzogleche Palais). Today you will mostly just pass by and admire the building, unless you’re a fan of monarchy. The palace is the official residence of the grand duke of Luxembourg and the place where official state guests are welcomed.

Germ cell of the palais was the medieval town hall that was created in 1554. It was extended over time and altered also by war damages. Most of what we see today dates back to the year 1890. After World War II the monarchs returned from exile and since then the palace is continuously used for representational tasks.