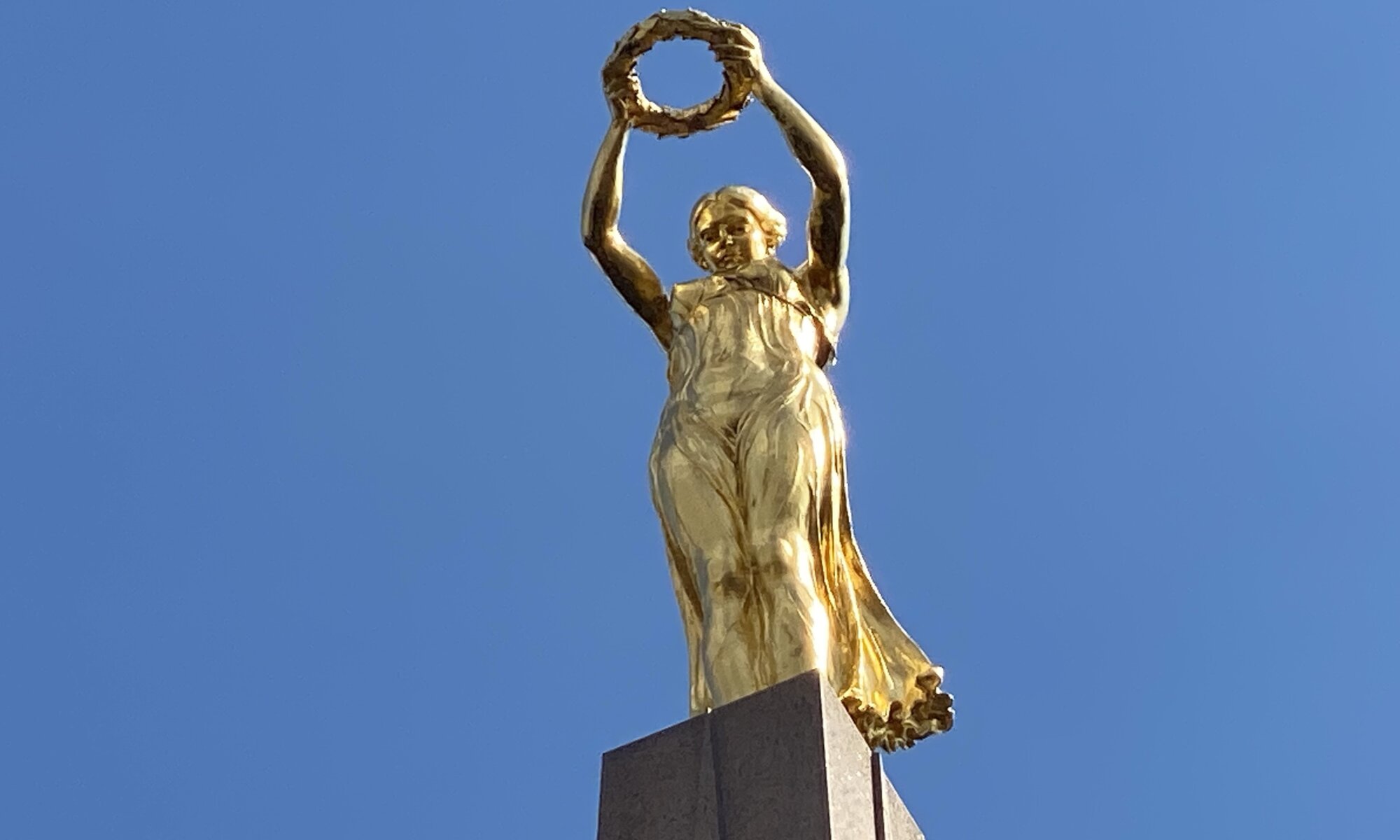 On a terrace facing the valley of river Pétrusse, next to the city center of Lëtzebuerg, you’ll find a monument with a golden woman on top: the Gëlle Fra. It is a monument erected in 1923 to commemorate the people of Luxembourg who joined the Belgian and French armies during World War I. But it is much more. It symbolizes the independence of the small state of Luxembourg and has a high emotional value to the inhabitants.

When Luxembourg was occupied by German forces during World War II the memorial was torn down. Unknown persons were able to take and hide the statue broken into three parts. From that point in time it was gone for 35 years, but in 1980 it was found inside the Stade Josy Barthel (the local soccer stadium). It was repaired and brought to its original location in 1985.