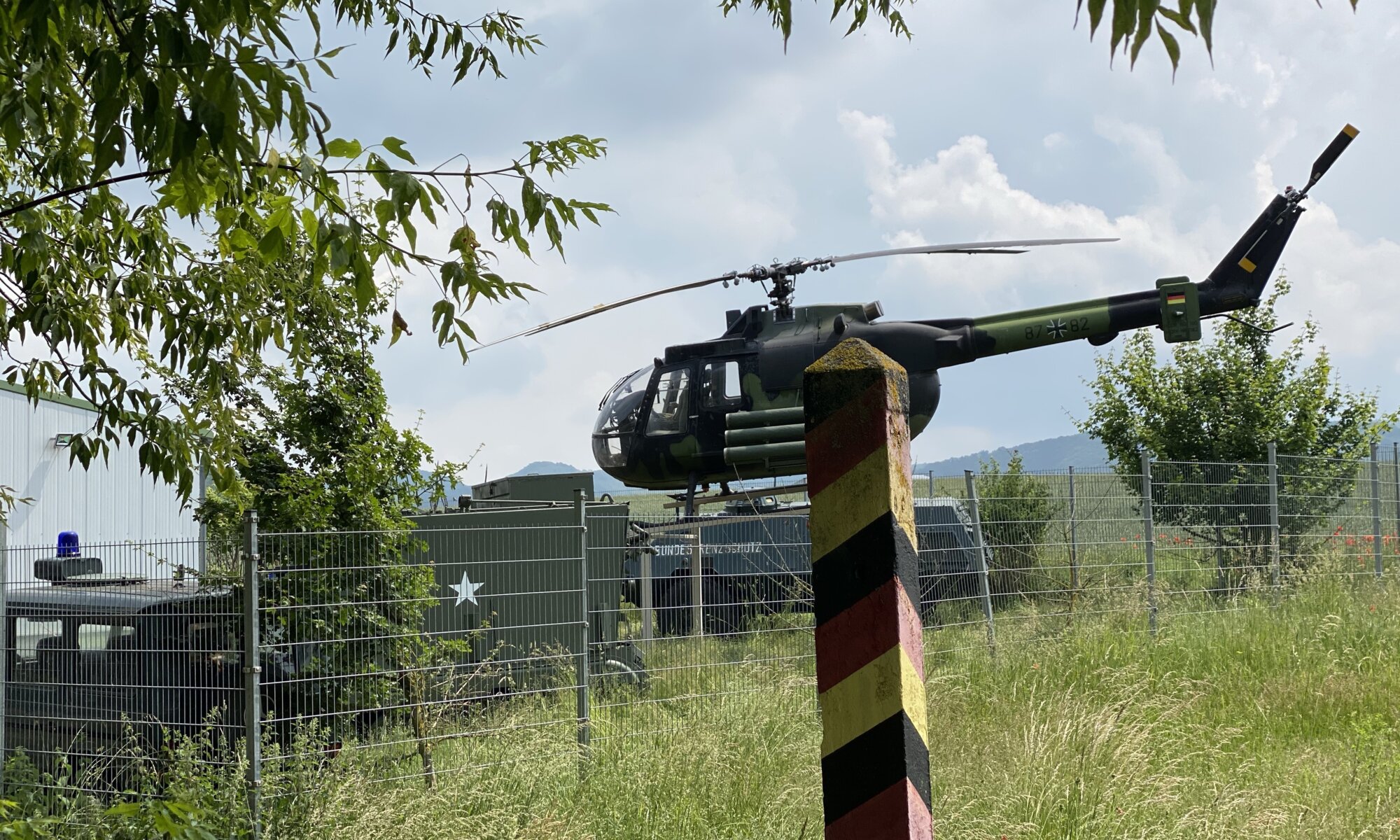 When you’re exploring the area around Göttingen, Germany, you will soon find traces of the former inner-German border. South of the city – near Friedland – three occupation zones met: the American (including Kassel), the Russian (including Heiligenstadt) and the British (including Göttingen). When Germany was separated into the FDR and the GDR the border was therefore also close-by: only 18 km south of the city (between Friedland and Kirchgandern).

Today you can’t imagine the situation at the border which was called Antifaschistischer Schutzwall (anti-fascist protection wall) by the government of the GDR. Watchtowers, fences, armed guards, helicopters, tanks – a real border like it doesn’t exist in Europe anymore. If you want to learn more you can visit the border museum (Grenzmuseum Schifflersgrund) near Bad Sooden-Allendorf. Here a section of the fence and a watchtower has been preserved.

The museum also shows some vehicles and presents the background with a lot of text and images. It is rather a documentation then a modern museum but it is very much worth a visit. It was opened in 1991 and was the first museum of this kind in Germany. Be aware that the museum is located on a hill and can be best reached by car. You can also hike or cycle up but it is quite an effort.