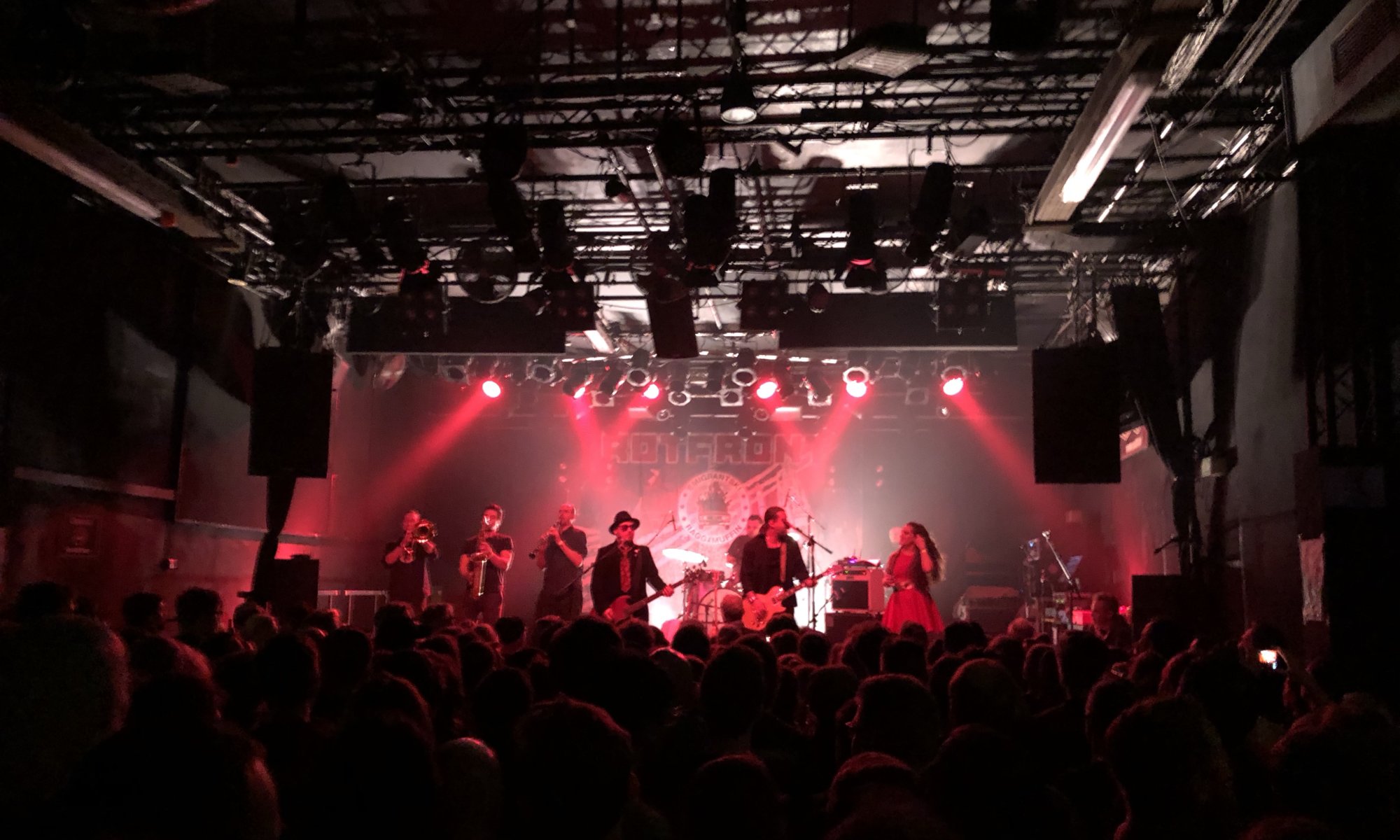 The SO36 is a legendary club and concert venue in the city quarter Kreuzberg of Berlin, Germany – named after the former postal zone of the area. A place I really like; in some parts to small and narrow, but with good sound and always full of awesome people. The decorations there directly show you that this dark place is a home for left-wing people and it is maybe the only concert hall I know where you get bottled beer during events. It feels a little bit strange to emphasize this – but it feels good and like a travel back in time.

When you enter the SO36 there is a very narrow bar and a wardrobe on the right and then you need to follow a tunnel straight ahead to the main hall. There you’ll find another bar and a long-stretched room with the stage at the end. It was built at the end of the 19th century as the restaurant of a local brewery and later converted into a cinema. The place became a concert hall for punk concerts in 1978 and on its stage bands like Die Ärzte, Die Toten Hosen, Einstürzende Neubauten or Slime performed.

The following years were a wild story about a club being closed more than once, being occupied and used for other purposes. A story about conflicts between punks and state authority and street battles. Finally, in 1988 a private association could be created that keeps the SO36 open and alive until today. Today it also gives a home to the gay and lesbian communities, especially those from Muslim countries. I came here for a concert of RotFront – a fantastic band from Berlin with roots in Eastern Europe combining ska, dancehall, reggae, hip-hop, rock and klezmer. An evening of music, dance, politics and sweat dropping from the roof.