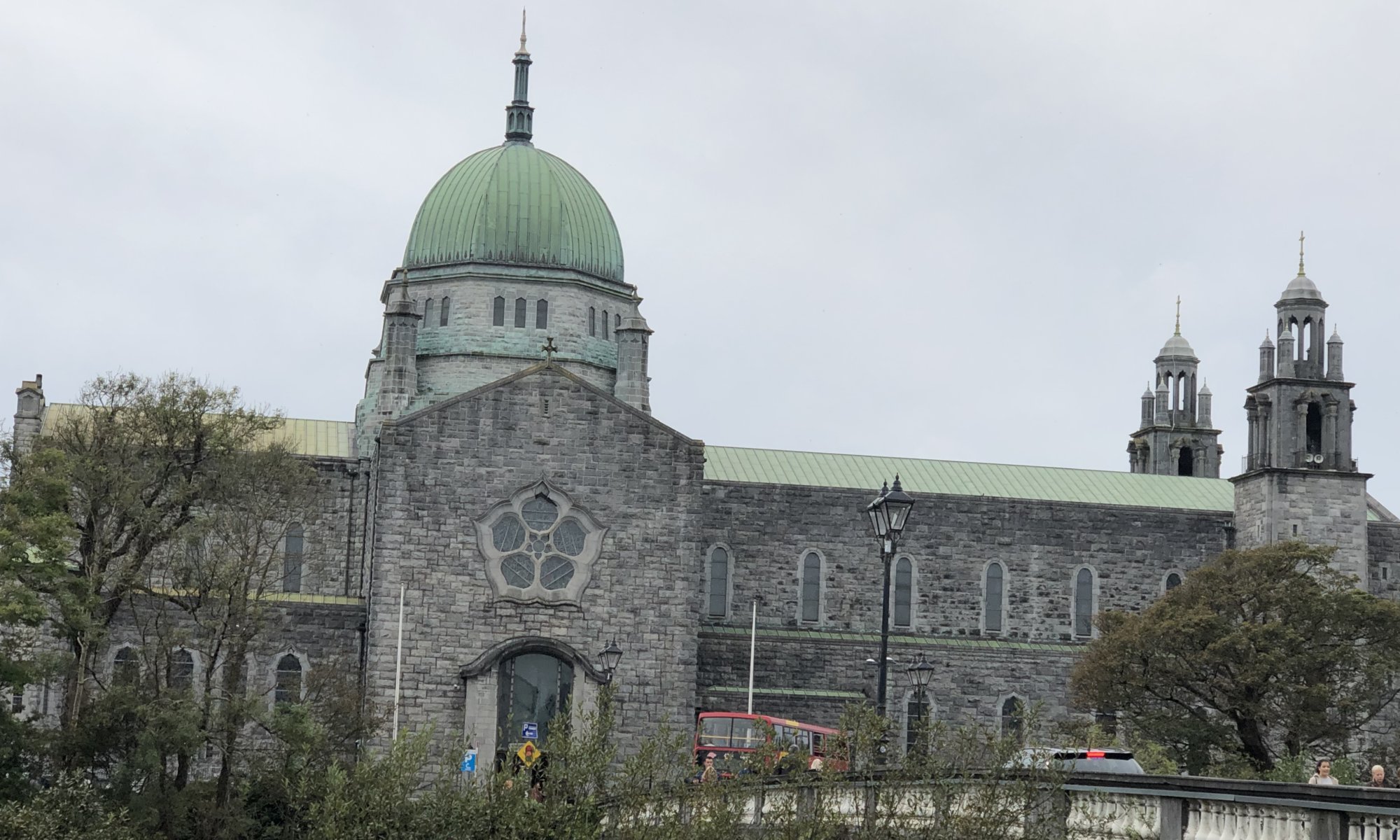 The cathedral of Galway, Ireland officially is called Cathedral of Our Lady Assumed into Heaven and Saint Nicholas (or Ard-Eaglais Mhaighdean na Deastógála agus San Nioclás). A very long name for a beautiful house of prayer. The Roman-Catholic church was opened in 1965; it is a rather young church in old style. Or better said styles: Gothic, Byzantine and Romanesque styles can be observed.

I already liked the grey building with the green patina from the outside – but inside it is flooded with light. So much that it is hard to take pictures. The cupola is very colourful on the inside, the rosetta windows are truly beautiful. You can find it on an island within the river Corrib west of the city centre. Entrance is free but a donation is very welcome.