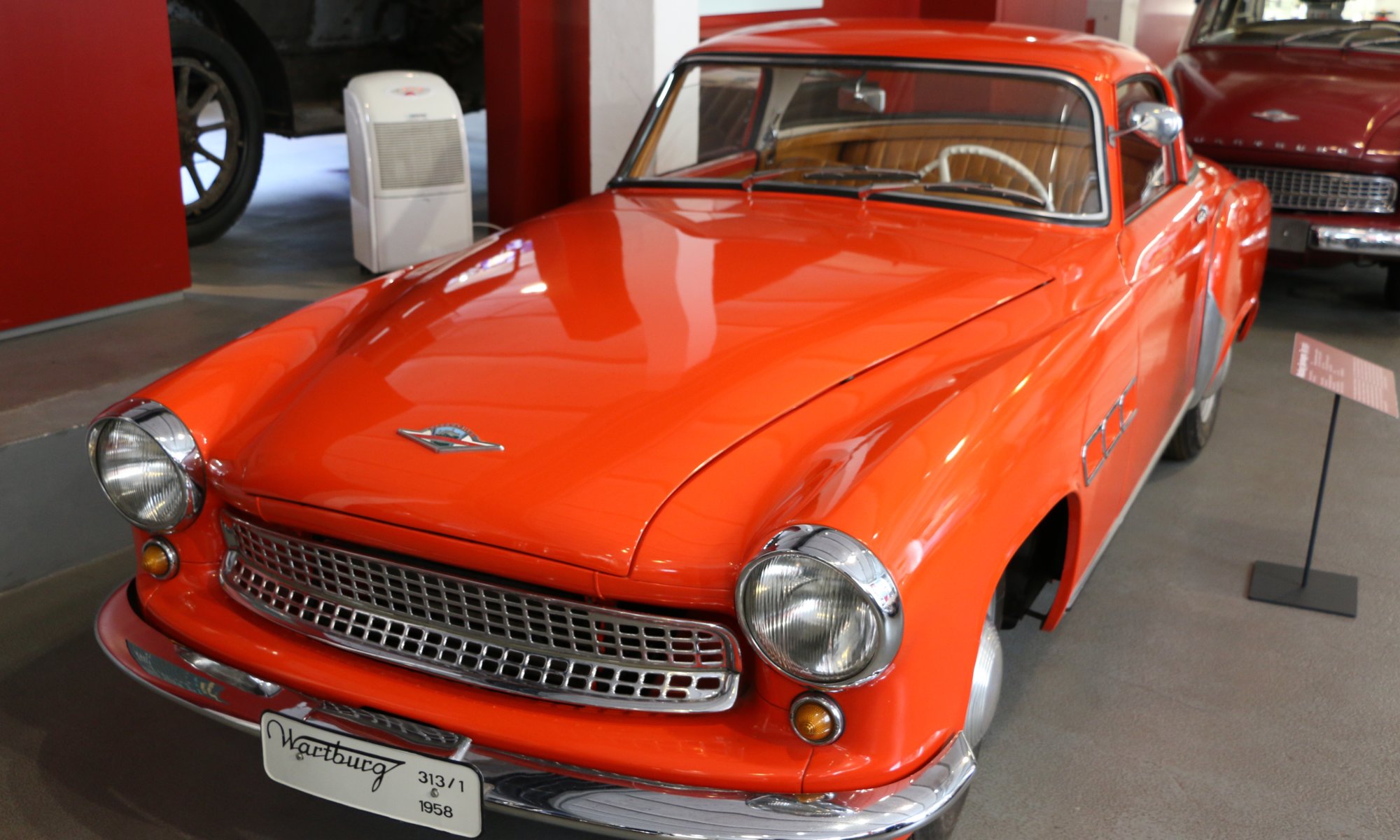 Eisenach, Germany has a long tradition in car manufacturing. In 1896 the Fahrzeugfabrik Eisenach was founded which was in 1928 became part of the well-known Bayrischen Motoren Werke (BMW). After World War II and the establishment of the GDR it became a state-owned company, the VEB Automobilwerk Eisenach (AWE). It produced a famous car called Wartburg.

I was a little bit ashamed that I never made this connection in my head before. The car Wartburg was produced in Eisenach and named after the castle Wartburg. It‘s so obvious. In 1991 the car factory was closed but Opel opened a new factory producing their cars here. You can learn about all this and see a lot of cars by visiting the Automobile Welt Eisenach (also: AWE) – a car museum on the grounds of the old factory. On two levels you can have a look at many different cars all produced at Eisenach. I had absolutely no idea how many Wartburg models were produced! On guided tours you can learn how you had to order a car during GDR times more than ten years in advance – unimaginable today.

One Reply to “Automobile Welt Eisenach”