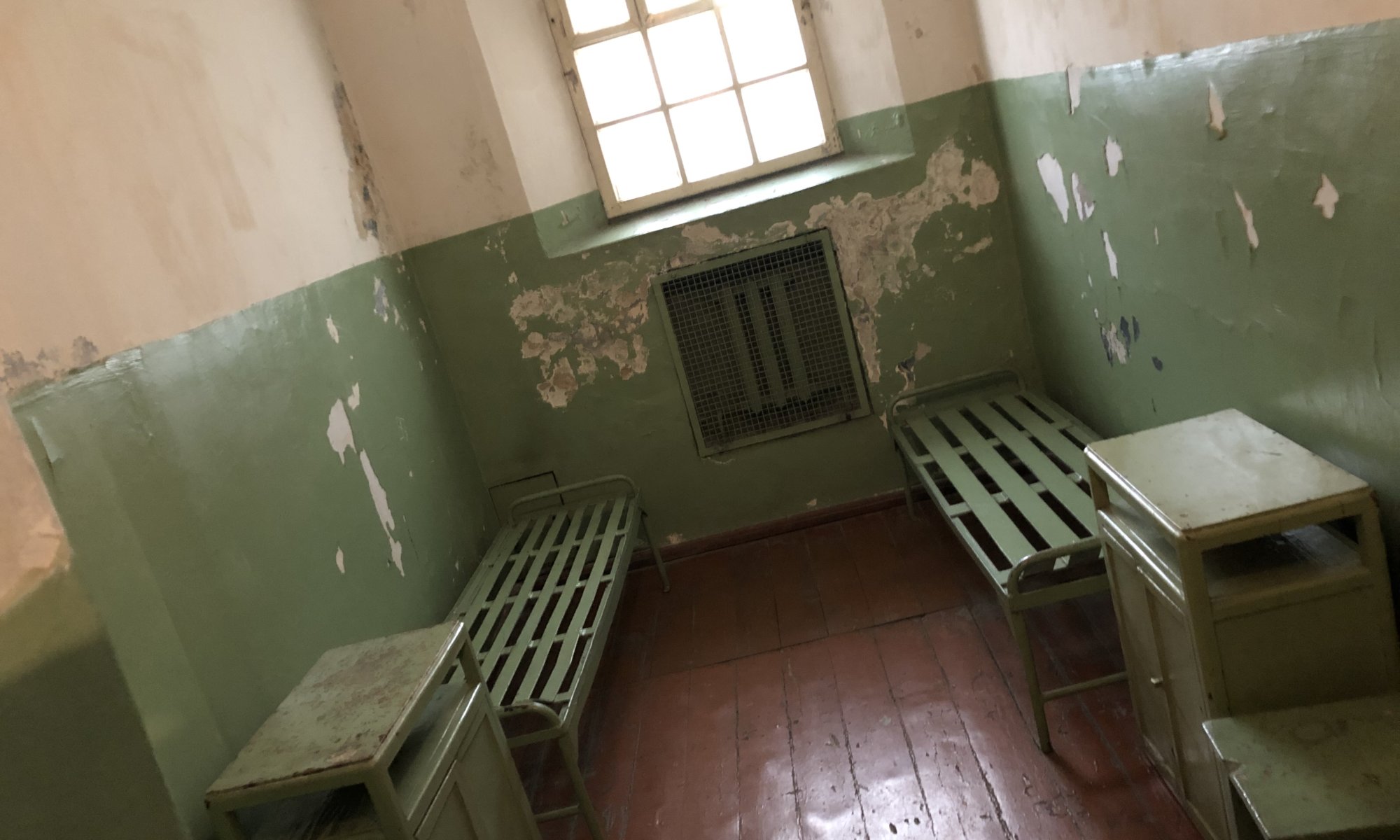 The occupation and freedom museum (Okupacijų ir laisvės kovų muziejus) in Vilnius, Lithuania can really bring you to a bad mood. It is a museum about repression and it is located at the original place where everything happened (and there are not many authentic places like this – another example is the House of Terror at Budapest, Hungary). The building was originally a court of law, but in 1940 the Soviet KGB moved in, in 1941 the German Gestapo took over and later in 1941 the KGB came back. Both used this place for torture, interrogations and executions of political enemies.

When entering the museum you can first learn about the different occupation phases in the newer history. In 1940 the Soviet union invaded Lithuania, but in 1941 Nazi Germany occupied the country – they needed just a year to extinguish Jewish live. In 1944 the Soviets came back and stayed until 1990. Many Lithuanians were deported to the Gulag system in Siberia. When you continue downstairs you get to the huge jail system which is authentic and well-preserved. Nothing has been destroyed here. You can walk along the long row of cells and watch inside. You can see cells without windows, a padded cell with a straightjacket and a cell that could be flooded with water.

While walking around you can visit the outer area where the political prisoners could move and get some fresh air as well as the room used for executions. During my visit there were families with young children visiting this place – I don’t know how they could do this. It is very depressing to see what humans can do to each other. Luckily the day before my tour guide advised me to go to the cat café afterwards and that was a very good advise.