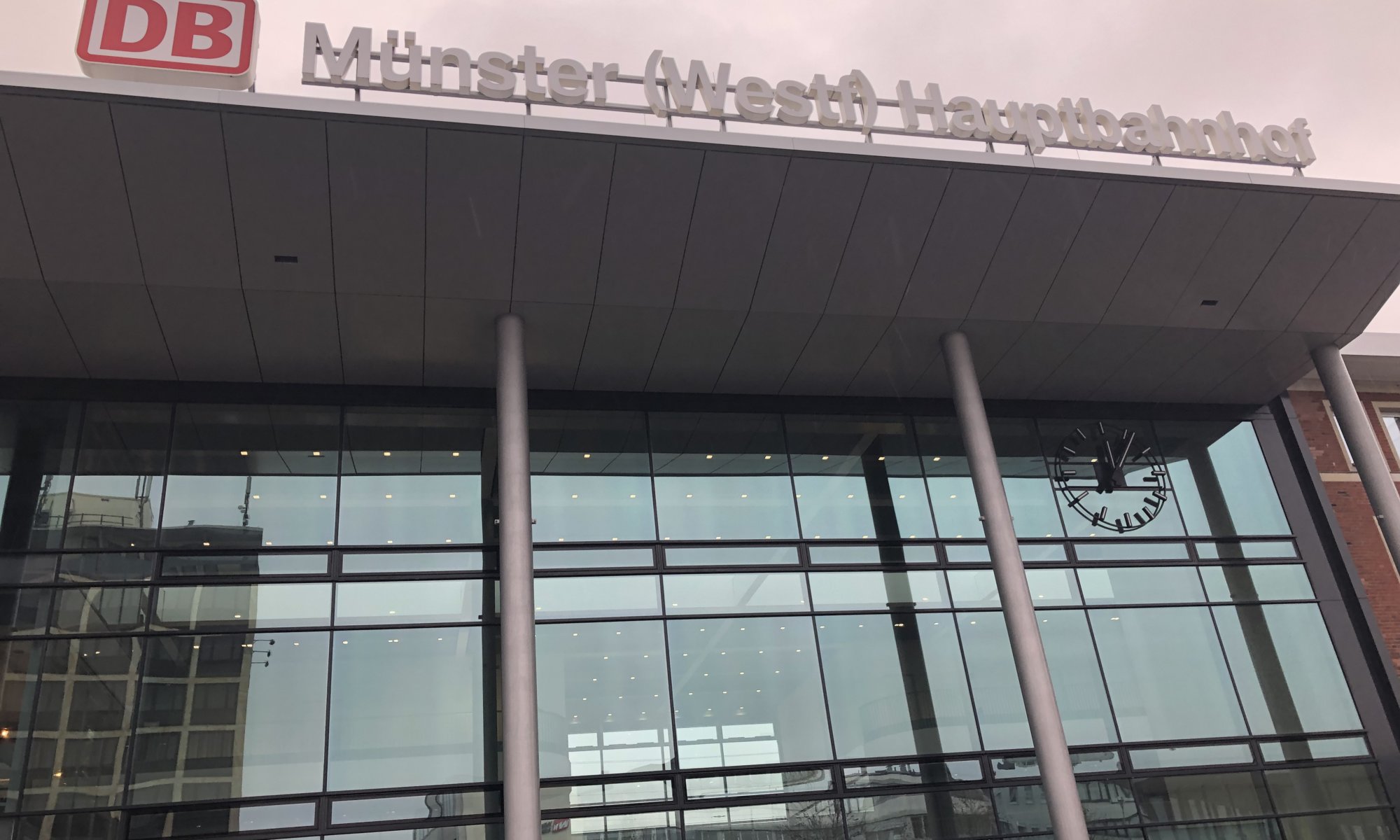 The main railway station of Münster in Westfalen, Germany is located next to the old city center and is therefore a good starting point for a visit to the city. Regional trains but also ICE and IC trains stop there and the local transport is realized by busses stopping in front of the station. It consists of eight tracks, was built in 1848 and 66.000 passengers use it every day.

The current station building was opened in 2017 and is very modern. It is rather a shopping mal with bakeries, fast food restaurants but also many shops. Lockers for storing you luggage are available. Under the station there is a large bunker that can host up to 2.000 persons. After the war it was only used to give a temporary home to refugees of the Bosnian war and to passengers stranded because of a blizzard in 2015.

One Reply to “Münster Hauptbahnhof”