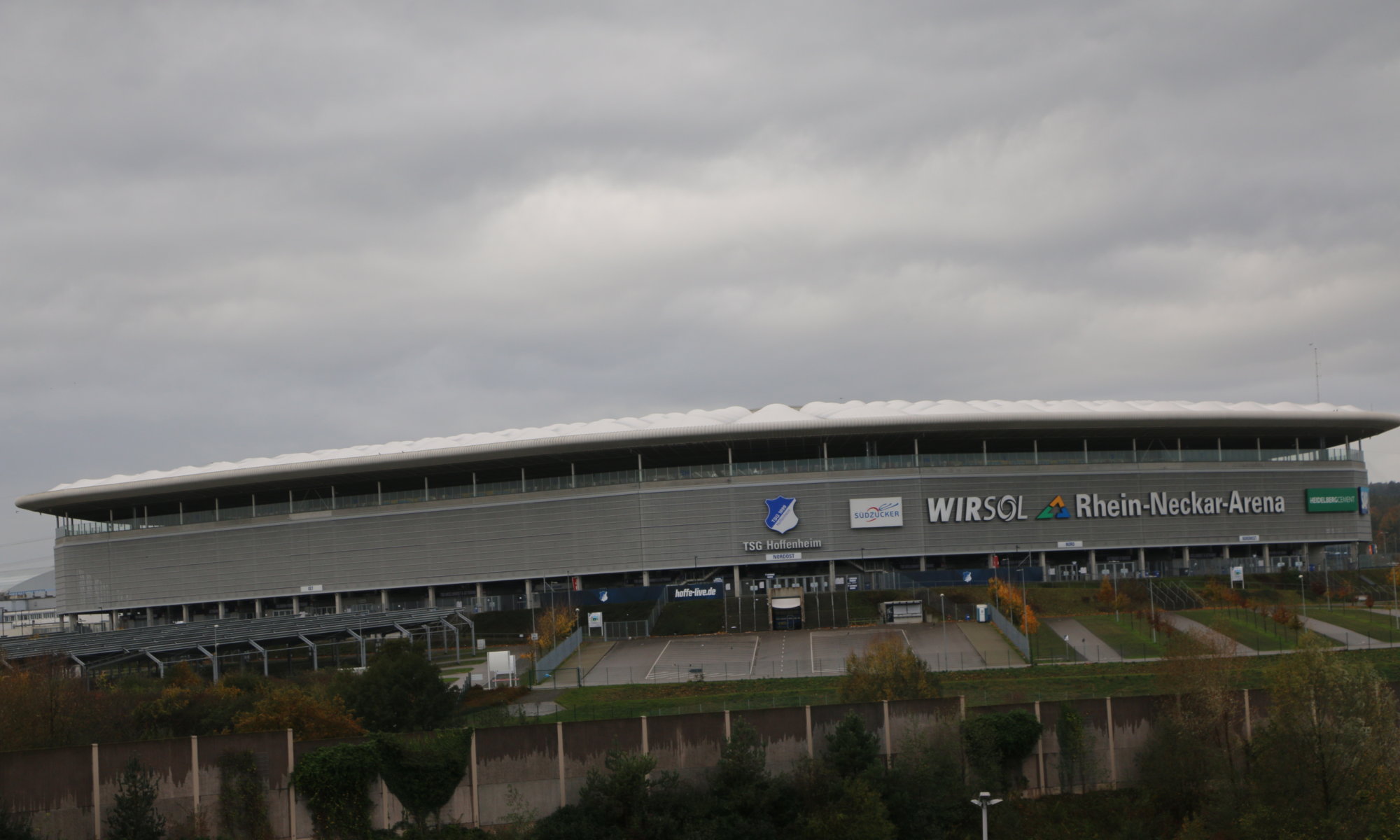 For some people it is a fairytale and for others an ugly story how money can change the game they love: the TSG 1899 Hoffenheim was once a very small club in the city quarter Hoffenheim belonging to Sinsheim, Germany. An then Dietmar Hopp came – the founder of the well-known software company SAP.

With his money he pushed the club between 1990 and 2008 from the Kreisliga A to the German Bundesliga. Formerly the club with elk Hoffi as a mascot (why?) played in Hoffenheim at the Dietmar-Hopp-Stadium which is still there today. And in 2009 the new Rhein-Neckar-Arena was opened outside of Hoffenheim at an industrial zone of Sinsheim.

30.000 people can watch matches there and it is solely used for soccer. You can reach it by S-Bahn but its best feature are numerous parking lots. It is an artificial and heartless stadium without tradition and surroundings. And that fits well to the artificial club that is as plastic thing like RB Leipzig or the the FC Ingolstadt.