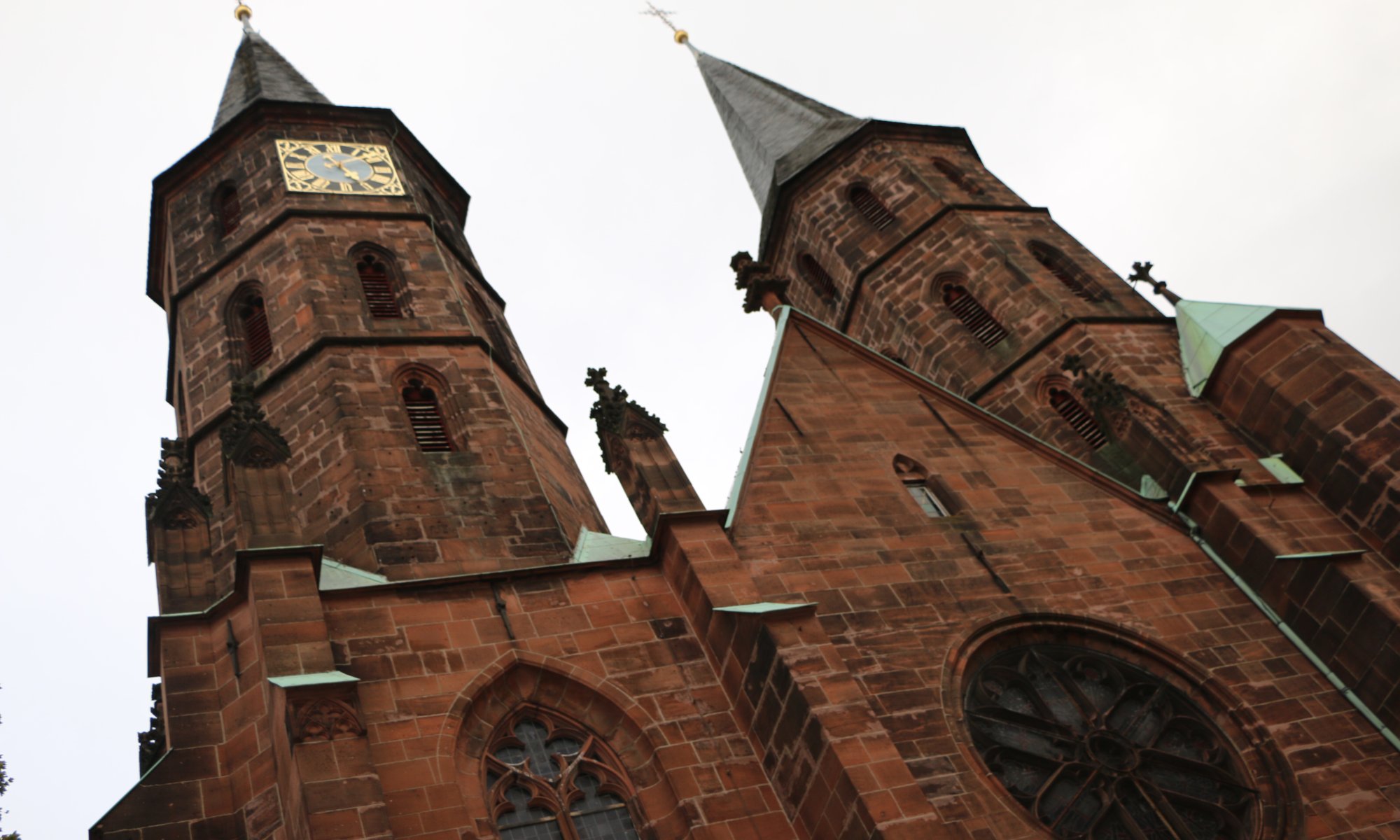 The Stiftskirche in the center of Kaiserslautern, Germany was once a catholic church named St. Martin and St. Maria. Today it is a protestant church inviting everyone for a quite moment. On the site once a cloister (“Stift“) was created by monks that emperor Friedrich Barbarossa had invited to settle in the city in the year 1176 CE. The church was built from the year 1250 on.

It consists of sandstone and is one of the biggest hall churches of the region. Over the centuries different parts of the church were added and the house of prayer grew consistently. Since the year 1565 – as a result of the Reformation – the Stiftskirche became a protestant church. Step in for a while – I real liked the rosette window.

One Reply to “Stiftskirche”