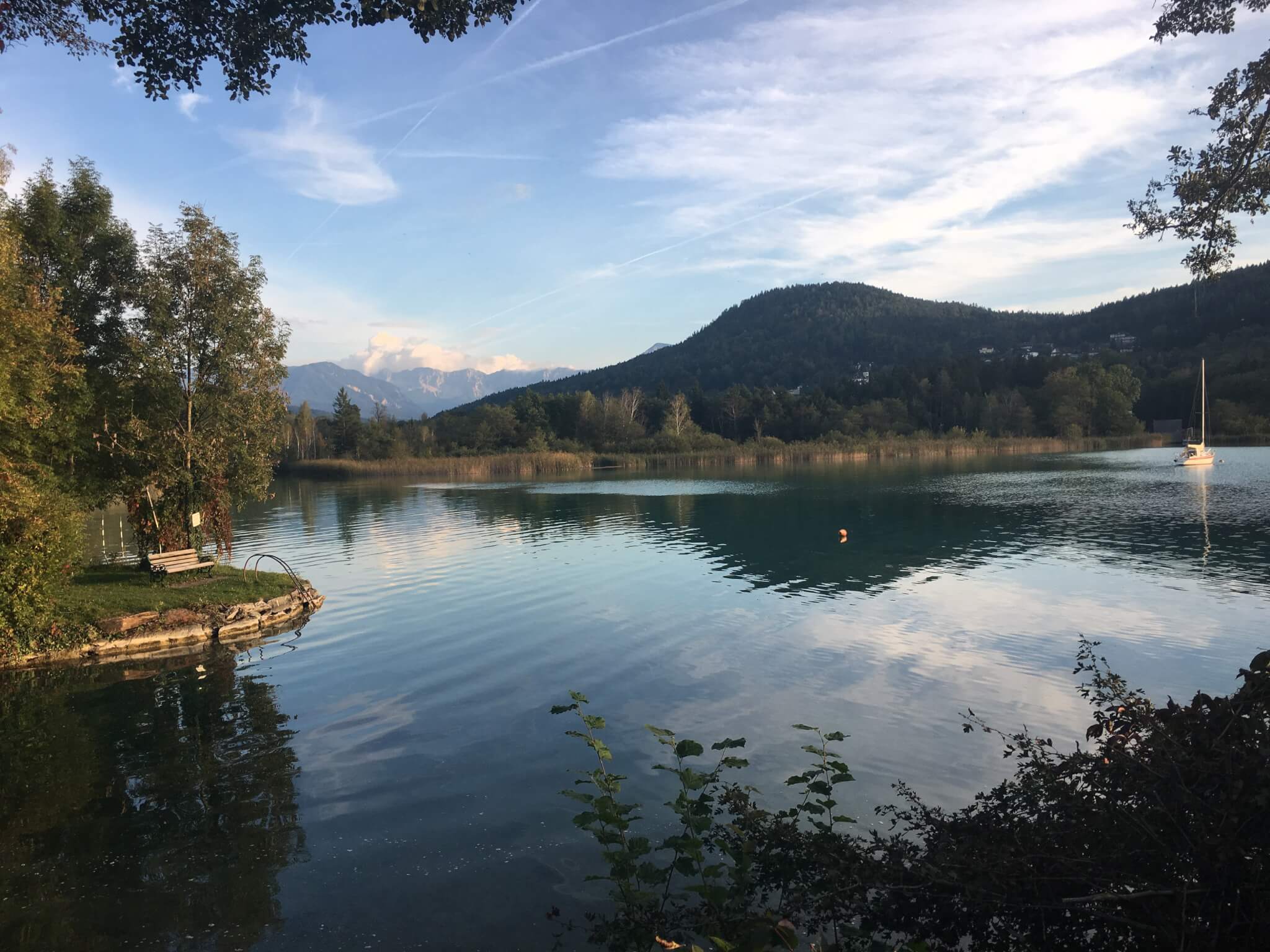 The Wörthersee is with nearly 20 km² the biggest lake of Carinthia in Austria. The largest cities surrounding it are Klagenfurt and Velden. A very good view on the lake is possible from the Pyramidenkogel-Turm, a high tower built on a mountain close to the center of the lake.

There are two islands and a third one that became a peninsula because of the fallen water level. Many films have been shot here and during the 1970s the lake became well known in Germany because of the TV serie “Ein Schloss am Wörthersee“.

A legend says that there was a once a city in the location of the current lake. The inhabitants were rich and enjoying life. Once they had a feast on the day before a religious holiday and in the evening hours a small man arrived telling them to stop their festivities according because of the special religious date. They just laughed on him.

On midnight he returned again and repeated his warning. As the reaction was the same he opened the tap on a small barrel and water was flooding out of it until the city was lost and the lake in place. Today there is a small statue of this small man – the so called “Wörtherseemandl” – in the center of Klagenfurt.