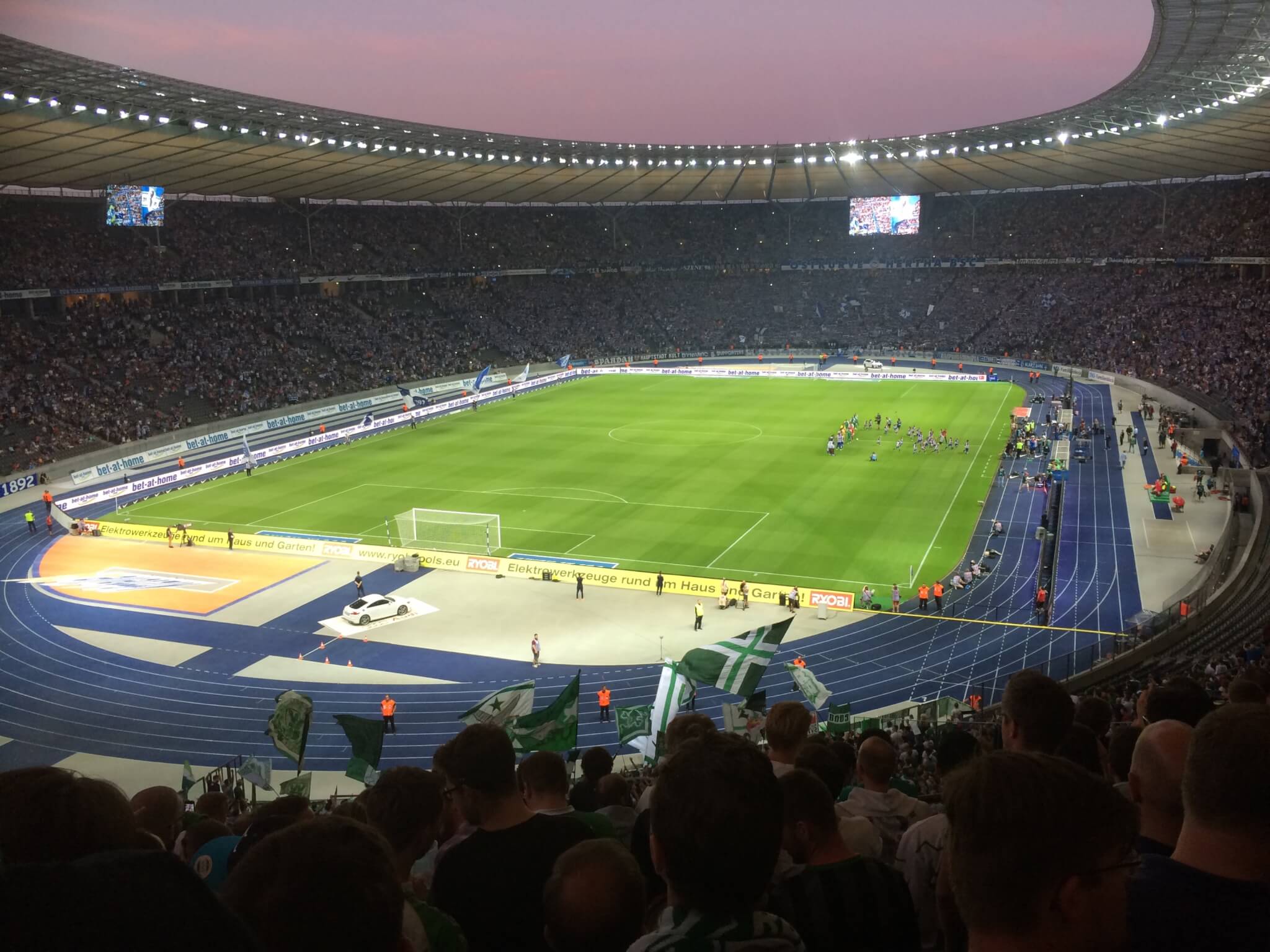 The olympic stadium of Berlin, Germany is a multi-sports arena in the west of the city, belonging to the area of Charlottenburg-Willmersdorf. It is home to the soccer club Hertha BSC Berlin, hosts the annual final of the DFB soccer cup and was the place of the final of the Soccer World Championship in 2006. Nearly 75.000 spectators can watch matches here at the same time.

You can reach the stadium by using the S-Bahn going to Olympiastadion. The infrastructre of the stadium is really good. From the hugh railway terminus you can get very fast to the entrance which is surrounded by some highly frequented bars. The area around the stadium is absolutely vast, you can walk arround and nearly everywhere there are stalls for beverages and food.

After a first security check at the entrance your ticket will be checked when entering the block at the stadium. But you can easily leave your seat and get down for a drink – fast as only in few stadiums in Germany. As this is no pure soccer stadium there is still a tartan track (in the colors of the home team) which has been removed in most other stadiums nowadays. The field is therefore not as close as elsewhere but the view is still good.

When looking at the architecture and the surrounding areas you can easily guess when this stadium has been built: From 1934 on for the olympic summer games in 1936. It has been built in imperial roman style and the place is open on one side, where the olympic flame was ignited. Therefore there is a line of sight from the stands of the home supporters going along the olympic flame to the tower of the parade ground behind the stadium. Very unusal for a modern soccer stadium.

One Reply to “Olympiastadion Berlin”