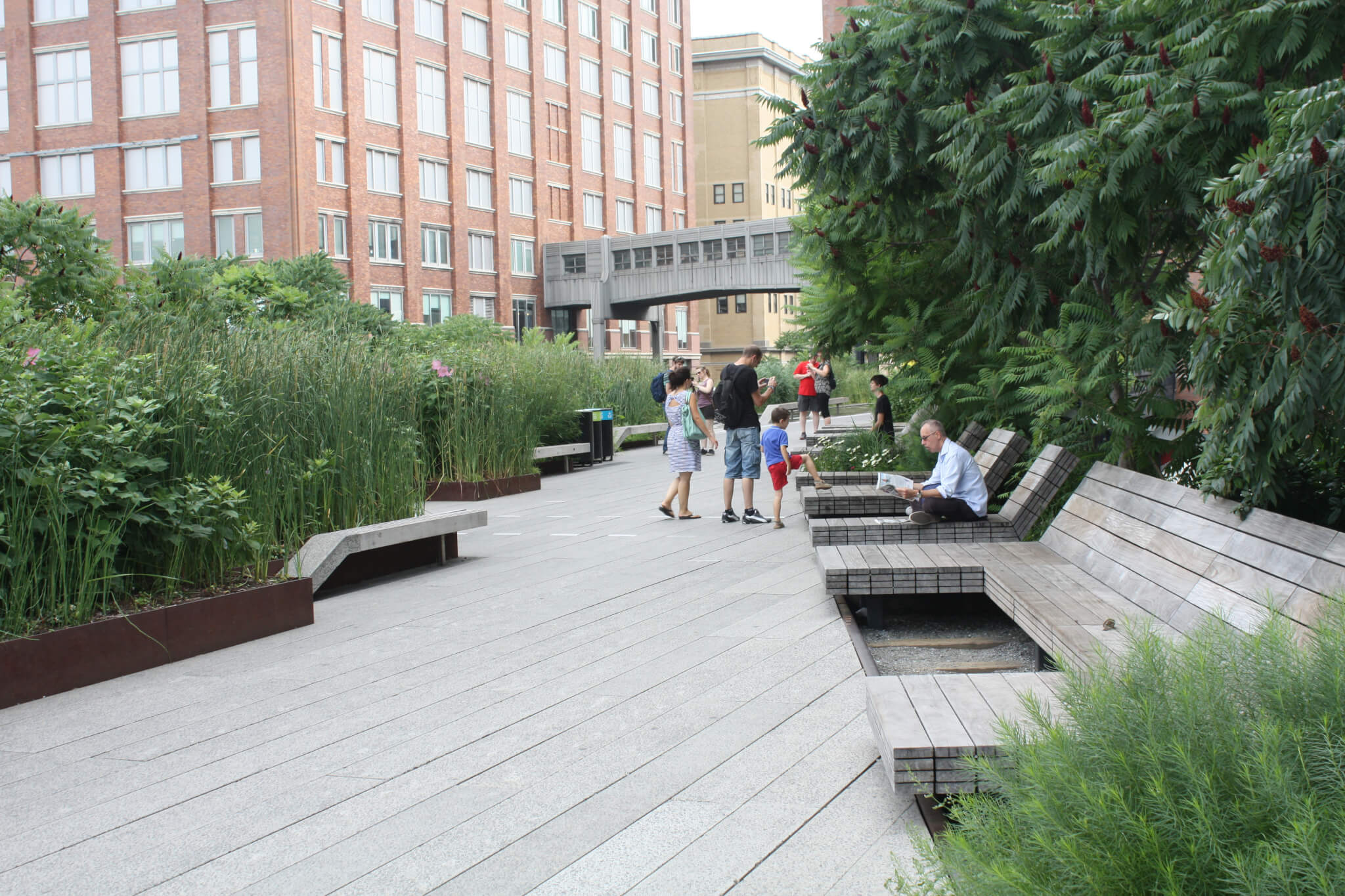 The Highline is a pretty new but already well known sight in New York. It is an old railway track converted into a park above the ground. It opened up in 2009, was extended later on and is now 2.3 km long. It is running throughout the Meatpacking District of New York and is always a good cause for a promenade.

You can still see the tracks well integrated into a wooden walkway. There are flowers everywhere, you can find places to sit or lay down, at some spots there are theaters to watch the traffic running below and you can get pretty close to the Hudson river.

The Highline is accessible at various points. Best idea is to go to the Gansevoort Street/Washington Street (close to the Whitney Museum of American Art) or to W 34th Street/11th Avenue (three blocks away from Penn Station on 34th) to walk the whole way.