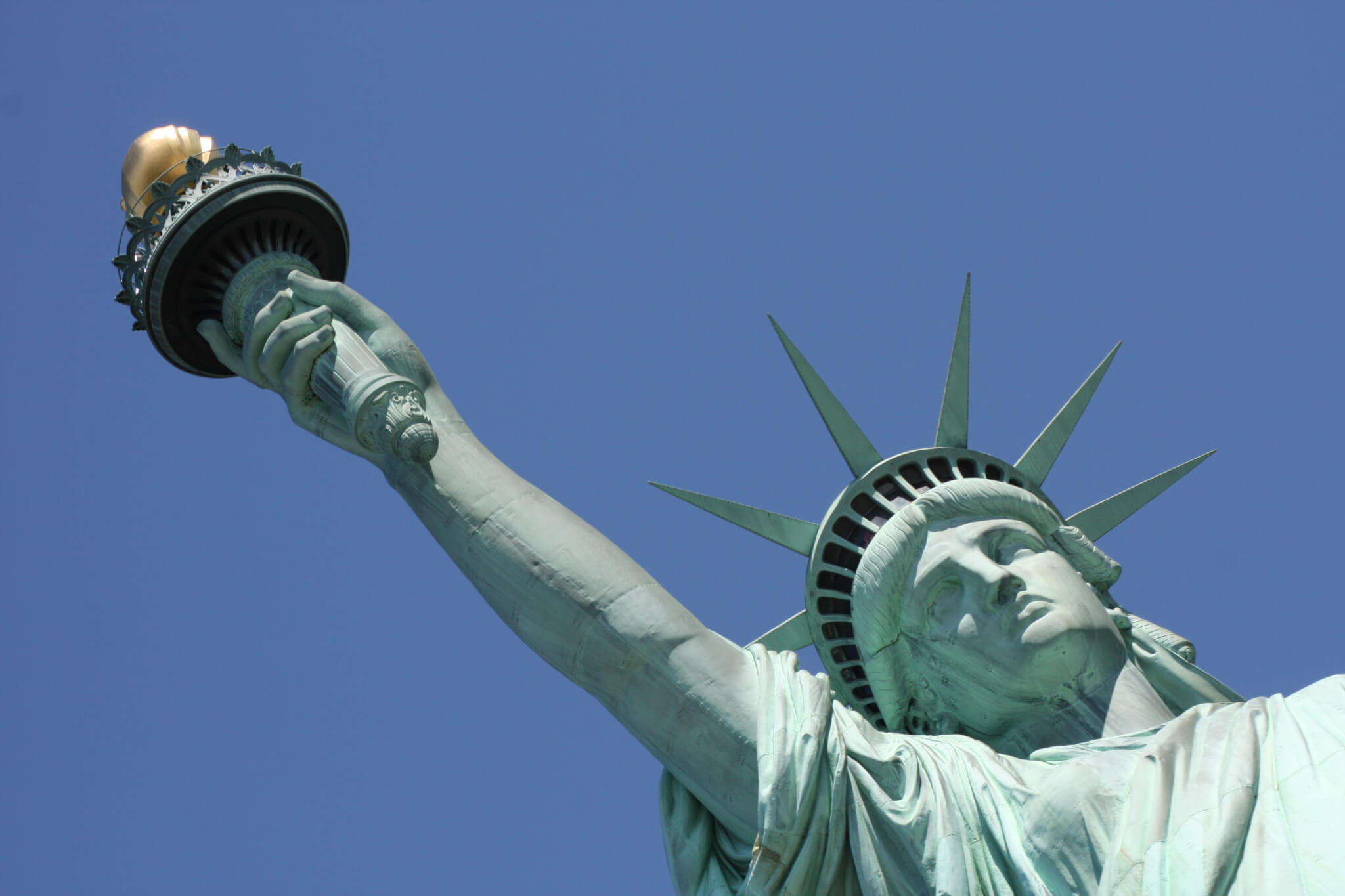 Coming to New York meant to be coming to a place seen an endless number of times – on mass media. One of these places well known is the Statue of Liberty in the harbour of New York. The statue made of copper was inaugurated in 1886 and is a present from the people of France. It is a UNESCO World Heritage site.

On the island you can walk around the statue and get pretty close. If you want to enter the lower part (with Emma Lazarus famous poem) or climb up, you’ll have to register in advance. And the time slots are blocked very early, so you should plan some month ahead. After an attack in 1916 the torch itself can’t be visited any more.

You can get to the Statue of Liberty by boat from The Battery, located at the southeast of Manhattan. The boat cruise does a first stop at the Statue of Liberty and then continues to Ellis Island. Make sure you don’t come here when the United States are within a fiscal crisis: as the park is operated by National Park Service you can’t enter it during a federal government shutdown.