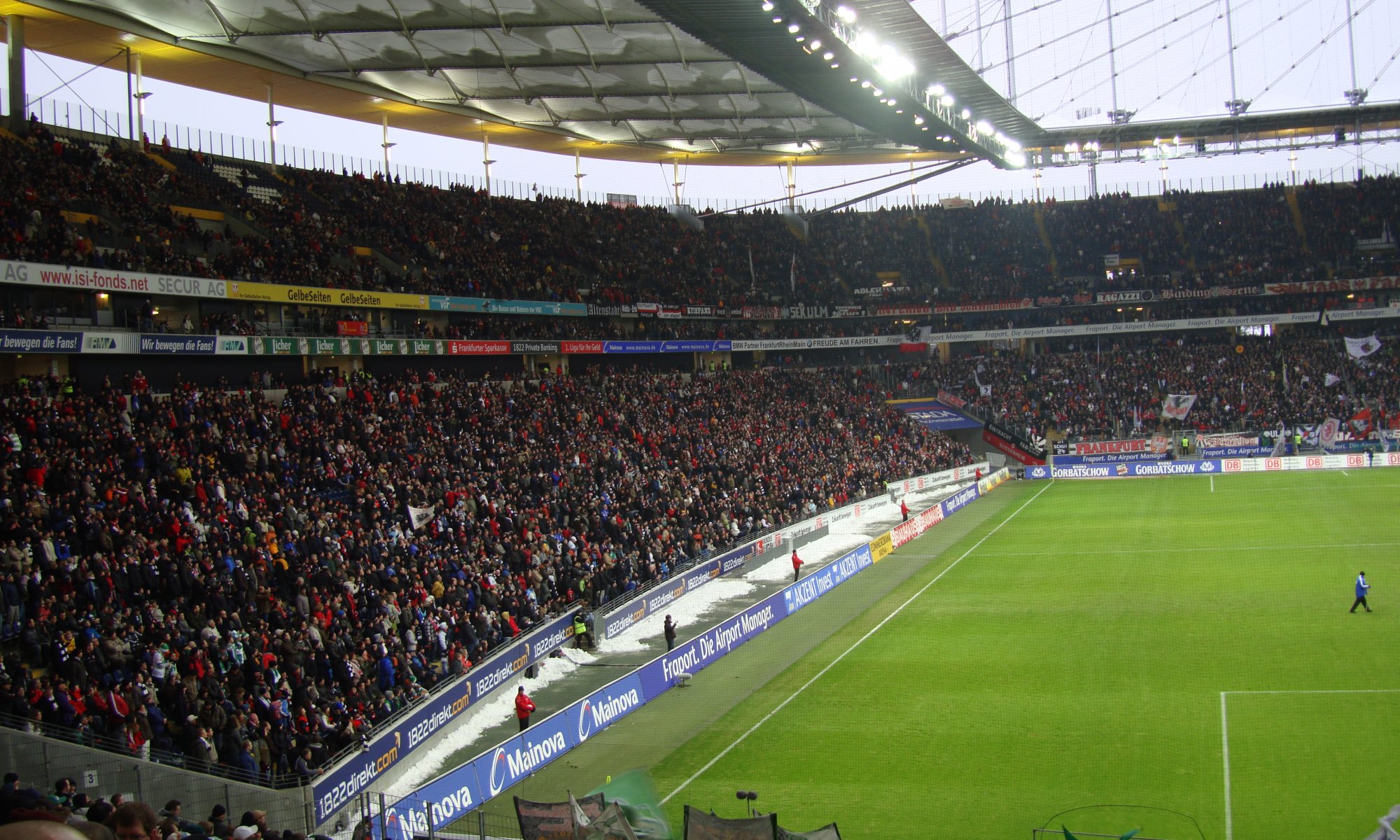 If you want to watch soccer in Frankfurt am Main, Germany you’ll have to walk through a forest: the now called Commerzbank-Arena was named Waldstadion (stadium in the forest) in earlier days. It is the soccer stadium of Eintracht Frankfurt and is sometimes also used for ice hockey.

It was opened in 1925 and can hold up to 51000 spectators. It is located in the city quarter of Sachsenhausen and was used for different international soccer tournaments. It has a roof that can be closed, if necessary. You can easily acces the stadium by S-Bahn from the main railway station of Frankfurt.