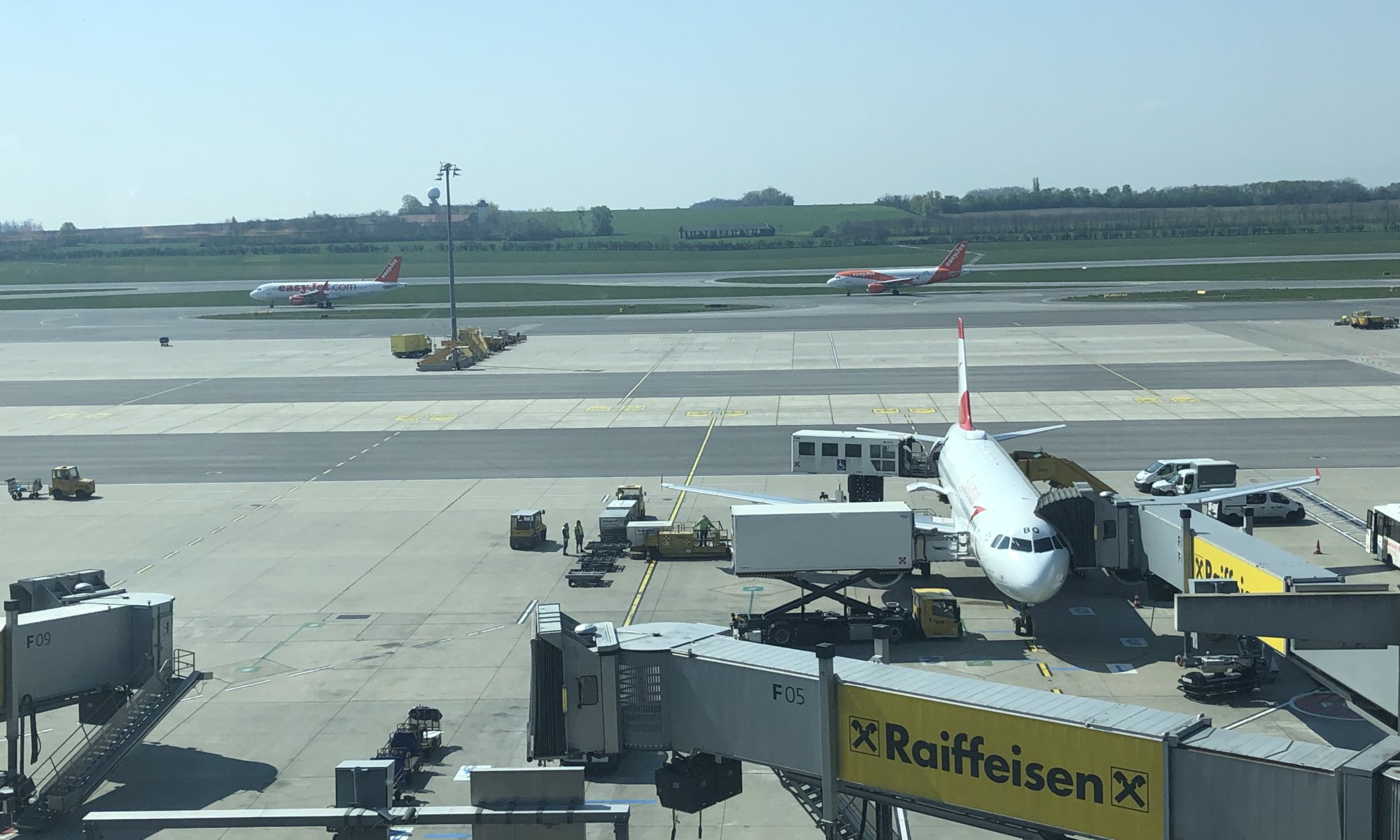 The airport of Wien, Austria is located 18 kilometers outside the city on the grounds of a town called Schwechat. It was opened in 1954 and its IATA code is VIE. 23 million passengers get here each year to visit the city or change planes. It is the most important airport of Austria and homebase for Austrian Airlines. 70 airlines fly from here to 70 different countries in the world. After World War II it became the official airport of Wien, earlier it was the airport of Aspern.

Times for switching gates can be pretty long at Schwechat airport – I once had to walk 30 minutes to reach my connecting flight. And I will always remember one situation at Schwechat airport – when I had only 20 minutes to switch between a flight from Podgorica, Montenegro to a flight to Frankfurt, Germany. That’s not much time but I also didn’t think of passport control because I thought I would stay in transfer zone.

But in fact I had to reach the departure gate, go through passport control and through security check (really!) within these 20 minutes. Mission impossible! But I was running faster than ever and the friendly airport staff promptly shifted me to express queues. Security check with hand luggage in under one minute! In the end I was exhausted but I made it – within 15 minutes.