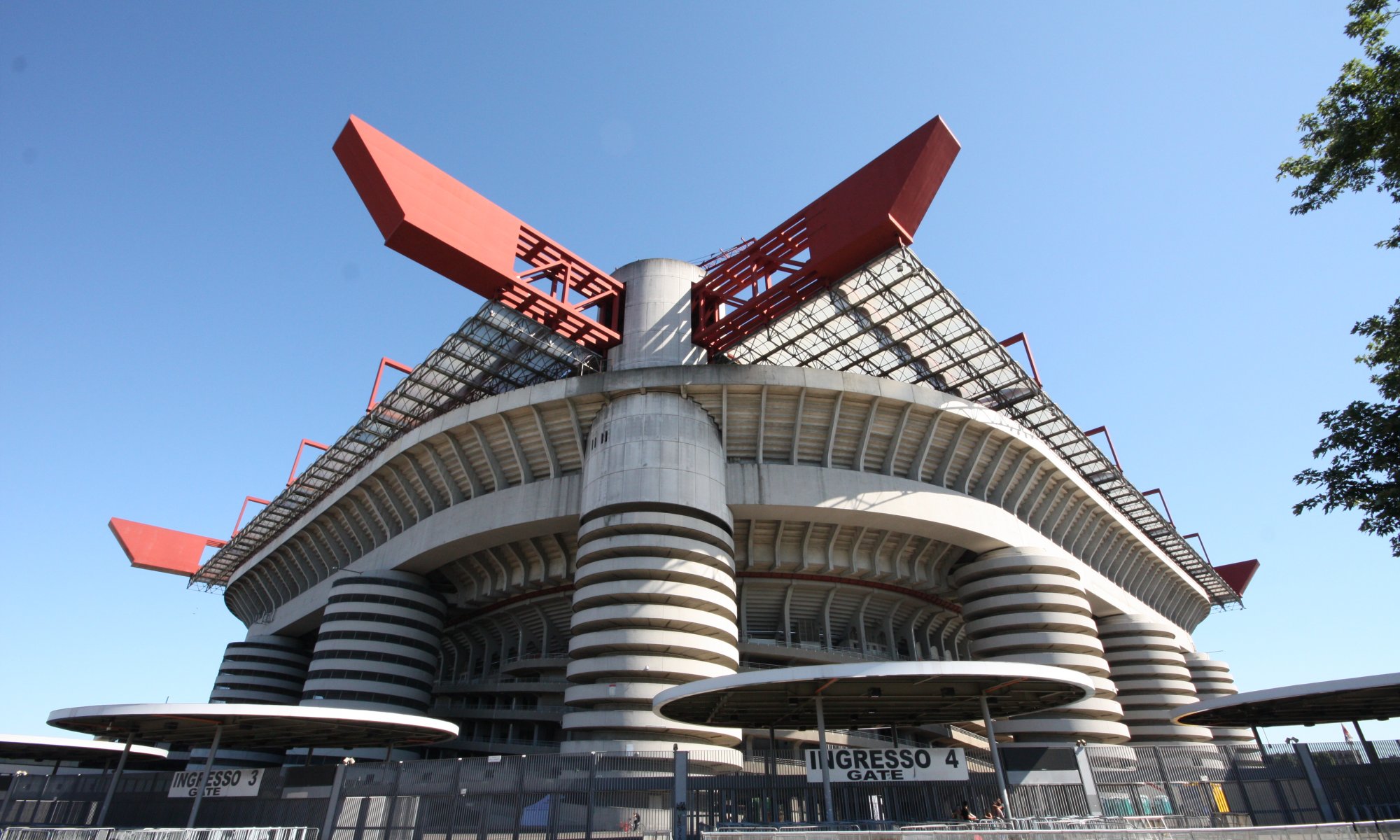 The stadium was opened in 1926 and hosted different international finals since then. It was last extended in 1990 when a third level was added. The Stadio Giuseppe Meazza is located in the west of Milano in an area called San Siro and can be reached via tramway.

One Reply to “San Siro”