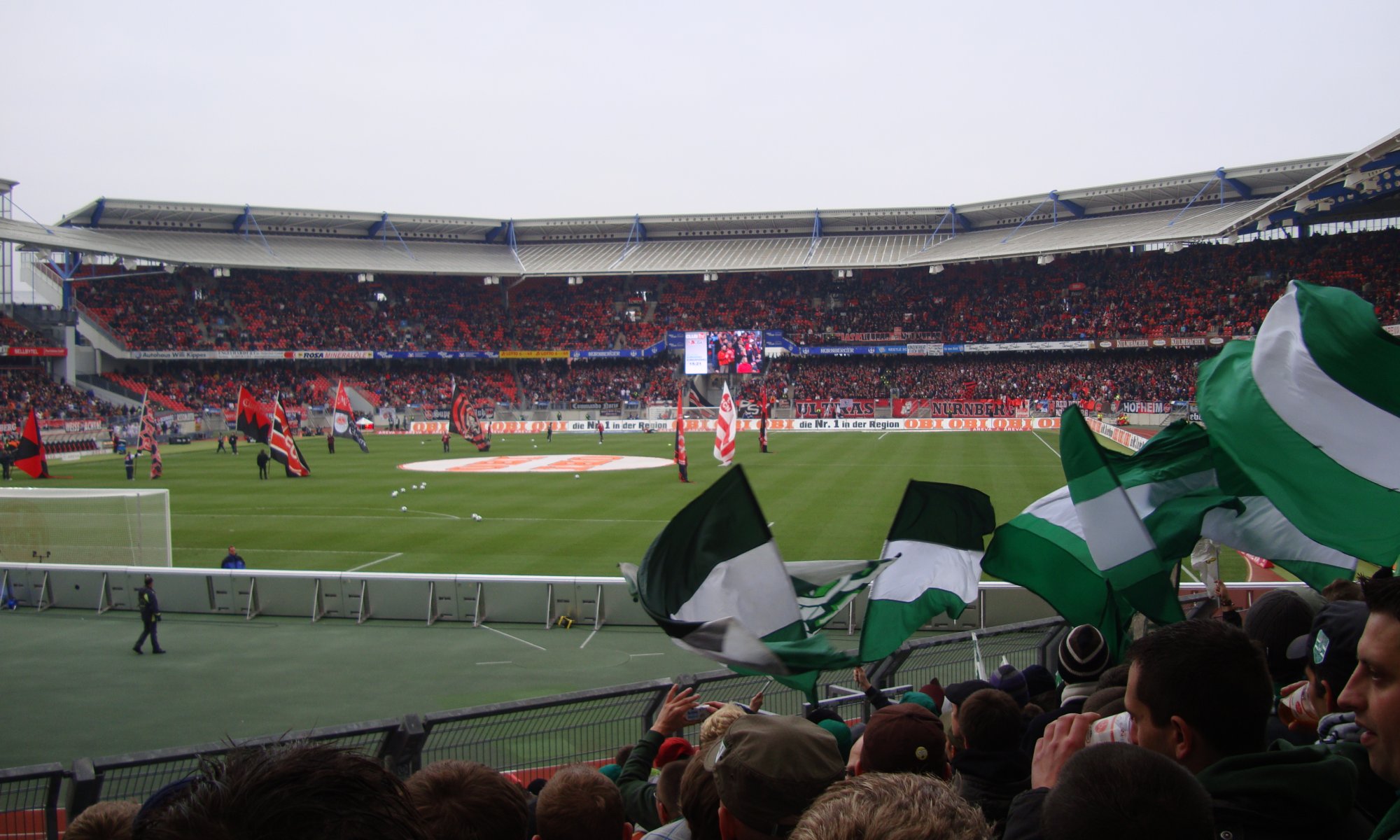 Already when we made a stop at the motorway close to Nürnberg, Germany the staff was worried that we might win and the 1. FC Nürnberg (called Der Club) might loose its headcoach. Throughout the tour I had a lot of sympathy for the Clubberer – when walking to the stadium we were surrounded by families going to see the match; a friendly atmosphere I didn’t see anywhere else.

The easyCredit-Stadion or Stadion Nürnberg is a soccer stadium close to the former site of the Reichsparteitagsgelände of the Nazis. It holds up to 50000 visitors and was opened in 1928. During the Olympic Games of 1972 in München it was used for soccer games.